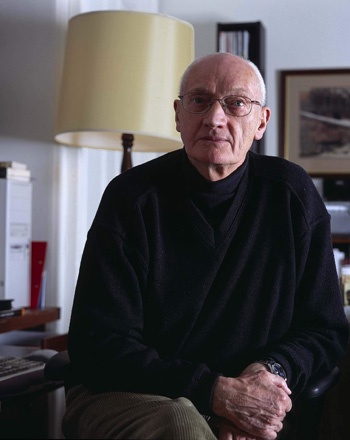 Richard Holloway, the Scottish broadcaster and writer, will speak at a special, sold-out Director’s Cut event at the University of Aberdeen tonight (Monday, Feb 23).

The former Bishop of Edinburgh is the latest participant in the University's popular film series, which has attracted a host of prominent filmmakers and broadcasters to the Granite City.

Holloway will take the Director's Cut chair in the 500-year-old surroundings of King's College Chapel, where he will be interviewed by Professor John Swinton, Chair of Practical Theology at the University of Aberdeen.

The event begins at 6pm and will look at how religious ideas and moral issues are conveyed on television and the media.

Topics such as faith in a post-Christian age, homosexuality and the Anglican Church, and the moral problems posed by the current economic crisis will be covered.

Nicolas Roeg, Raul Ruiz, Allan Shiach and Sir David Attenborough have all previously made the journey to the North-east to talk about their work as part of the series.

Around a 200 people are expected to fill the chapel for tonight's event.

"While often viewed as a controversial figure, Richard Holloway is a vital and provocative commentator on our times and so it is a pleasure to be able to put on an event of this nature in such an evocative setting as King's College Chapel," said Dr Alan Marcus, Head of Film and Visual Culture at the University of Aberdeen.

Holloway's television series include Holloway's Road, When I Get to Heaven and The Sword and the Cross.  He currently hosts the BBC Radio Scotland book review programme, Cover Stories and chairs the joint board of the Scottish Arts Council and Scottish Screen.

He has also written 26 books, including Between the Monster and the Saint: reflections on the human condition (2008).

Tonight's Director's Cut event, which is co-hosted by the Research Institute of Irish and Scottish Studies at the University of Aberdeen, will be followed by a reception hosted by Scottish Screen and a book signing in James McKay Hall.

For more on the Director's Cut visit http://www.abdn.ac.uk/directorscut/