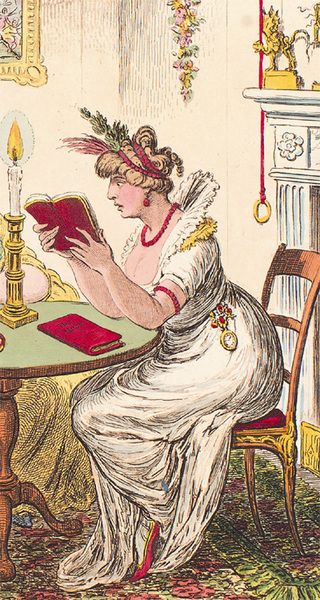 One of the UK’s most high profile arts critics will lay bare the literary tricks and devices used by novelists in a talk at the University of Aberdeen this week.

John Mullan, Professor of English at University College London, will give a lecture entitled 'What Critics Don't Tell You About Novels' on Wednesday, March 18.

The lecture, which has been organised by the University's Centre for the Novel, will take place in the Linklater Rooms, King's College at 5.15pm.

Professor Mullan has written extensively about eighteenth-century literature and popular culture. He has a weekly column in The Guardian newspaper and appears regularly on TV and radio.

His talk is open to the public and to staff and students of the University. Admission is free.

Of his most recent work, How Novels Work (2006), Professor Mullan said: "The best novels absorb and amuse us and not just because of the things they're about, but because of the way they're written.

"I talk about the devices authors use such as plot, character and dialogue and some of the other tricks such as meta-narrative.

"It's really a book for people who believe that, actually, the literary critic isn't a special person and that every curious, inquisitive reader is a kind of literary critic."

The Centre for the Novel was set up in 2006 to promote the study of novels and novelists and has hosted a string of well-received seminars and events.

Organiser Dr Hazel Hutchison, Lecturer in English at the University, added: "This is an event for everyone who enjoys reading novels but who also loves having a discussion about them after turning that final page.

"John is an engaging and high profile voice in the literary world and we are delighted to welcome him to Aberdeen."