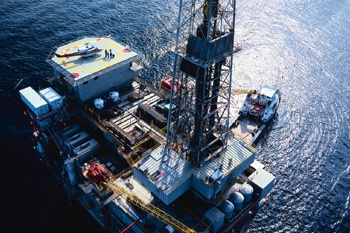 A new research centre which will further strengthen Aberdeen’s position as the energy capital of Europe is to be launched by Finance Minister John Swinney.

The Aberdeen Centre for Research in Energy Economics and Finance (ACREEF) will bring together experts in the field and provide a focus for the implementation of high quality research.

The cabinet secretary will visit the University of Aberdeen today (Thursday July 30), where he will give a talk on the future for energy in Scotland and opportunities for development.

ACREEF will be part of the University of Aberdeen’s Business School, which has a long-established history of research in the area of Energy Economics.

It will draw on the strengths of academics within the school, including Professor Alex Kemp, who has led the research effort in Petroleum Economics, advised oil companies, several governments and the World Bank on petroleum taxation and licensing and other policy issues.

He was awarded the OBE in 2006 for his services to the oil and gas industry and has recently completed The Official History of North Sea Oil and Gas, which will be published soon.

Professor Joe Swierzbinski’s expertise in financial and environmental economics will open extra dimensions to the proposed work of the centre and Dr Julian Williams will bring his knowledge of the behaviour of oil prices and CO2 allowances to the research team.

The centre has acquired the Reuters DataScope Tick History – a detailed statistical database of commodity prices, including oil, which will facilitate in depth research into price behaviour.

Professor Kemp says the Centre will promote understanding of the economics of the energy sector at a time when it has never been more important.

It will make a valuable contribution to policy debates on oil, gas, carbon capture and storage, and CO2 emissions and renewable energy more widely.

The centre will also promote collaborative research with other institutions.

Professor Kemp said: “The first objective of the centre is to build on the existing successful research in Petroleum Economics with emphasis on the key policy issues of maximising economic recovery from a petroleum province while ensuring that the nation as a whole also receives a fair return.

“Secondly, we hope to extend the work on the economics of CO2 Capture and Storage, which will become an increasingly important activity in the UK. We want to develop new thinking on appropriate financial incentives for all CO2 abating investments within an environment of volatile oil and CO2 prices.

“The issues surrounding the way that energy markets work are central to many current questions concerning the environment, sustainability and security of energy supplies, ACREEF is well placed to carry forward many of the important research agendas related to these questions.”

Mr Swinney said: “Professor Alex Kemp is the authority on the North Sea and he and his colleagues at Aberdeen have for long been at the forefront of global research on the economics of oil and gas.

“North Sea oil and gas will continue to be of great importance to the Scottish economy for many years, I am therefore delighted that this new institute, which promises to be a centre for pioneering academic research and teaching, will be based in this University and this city - Europe’s energy capital.

“I am particularly pleased to hear of the centre’s work into the economics of CO2 Capture and Storage and financial incentives for encouraging carbon abating investments.  The speedy development of carbon reduction measures is central to our ambition to be a world leader in tackling climate change.”

Contributions the centre will make:

· The core work in Petroleum Economics addresses important questions through financial and econometric modelling including: (1) the design of royalty/taxation/profit sharing terms to collect an appropriate share of economic rents to the state, (2) determination of the optimal depletion rates of oil and gas in petroleum producing countries, (3) forecasting activity levels in a petroleum province, (4) appropriate licensing and taxation arrangements to facilitate maximum economic recovery, (5) economics of decommissioning (including financial liability), (6) security of UK oil and gas supplies including appropriate policies to enhance such security, (7) effects of different investment hurdle criteria on activity levels, and (8) analysis of oil/gas production decline rates.

· Comparative studies of petroleum taxation and licensing policies in the North Sea and other petroleum jurisdictions will be undertaken, reflecting the proposed increasingly international focus of ACREEF.  Some of these will be conducted in partnership with AUPEC the successful University spin-out company whose operations are mostly overseas.

· Work on several aspects of the economics of CO2 capture and storage will progress, including least-cost modelling of the different capture technologies using dynamic linear programming, and the design of a least-cost CO2 transportation network in the UK and UK Continental Shelf.  Work will also be undertaken on (1) the economics of enhanced oil recovery (EOR) from CO2 flooding and (2) the design of an integrated financial model of the whole chain of CO2 capture, transportation, injection, EOR, and permanent storage.  A major element of continuing work relates to the appropriate incentives for encouraging CO2 capture and storage in the UK and elsewhere, and the appropriate regulatory framework for facilitating the change of use of part of the UKCS from oil/gas production to CO2 (and other gas) storage.

· An important current project is the evaluation of the effects of the proposal to oblige oil companies in the North Sea to purchase CO2 allowances at auction.  The research examines the effects on cessation of production dates and investment in new fields.

· It is proposed to undertake research on the whole UK oil and gas cluster to better understand its dynamics and future market prospects including exports and diversification.