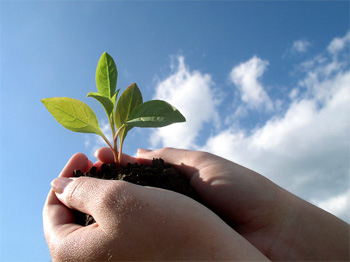 Advice on collecting data about wildlife and tips on helping give endangered species a new home will be on offer to secondary pupils today.

Guidance on these and other environmental issues will be given to pupils attending Scotland's first regional Eco-Schools conference for secondaries taking place at the University of Aberdeen.

Eco-Schools is an international initiative involving Keep Scotland Beautiful which encourages schools to help improve their environment. This can be done in a variety of ways such as reducing litter, waste, energy and water use; devising more efficient ways of travelling to and from school and by promoting healthy lifestyles.

Schools involved in the scheme can achieve bronze and silver awards, but if changes made are good enough the ultimate accolade is a Green Flag Award.

Around 150 pupils from 23 Aberdeen City and Shire schools are attending today's conference which has the theme Scotland's biodiversity.

Presentations will be given by pupils from five schools - Robert Gordon's College and Bankhead, Portlethen, Torry and Oldmachar Academies - outlining the different approaches each took towards gaining the coveted Green Flag.

University staff and representatives from organisations including Grampian Police; RSPB; Waste Aware; the Centre for Ecology and Hydrology; Aberdeen Bee Keepers; North east Scotland Biological Records Centre and the green volunteering charity BTCV will then deliver a series of workshops.

These will cover a wide range of topics including the importance of the creatures that live in soil and how they help give us food; advice on composting garden waste; tips on wildlife photography; details about wildlife and environmental crime; the invaluable information gathered via bird ringing; a look at what is being done to protect Scotland's native water voles and red squirrels and advice on attracting butterflies and bees to gardens.

Marie Fish is Education Officer at the University's Natural History Centre which was recently awarded Green Flag status for its role in promoting sustainability and encouraging environmental awareness.

Mrs Fish, who has co-organised today's conference with KSB, said: "The NHC are delighted to be hosting Scotland's first Eco-Schools conference.

"And we are thrilled at the support we have from within the University and the many external organisations who are giving workshops on a wide range of really important environmental areas.

"We really hope that pupils leave our conference event feeling empowered and equipped with new skills and ideas about what else they can do to improve the environment for their school and surrounding community."

"The Eco-Schools programme is highly successful across the nursery and primary sectors and so it is fabulous to see so many secondary schools from the North East taking such a great interest in the programme."

Photo Opportunities between 1.40pm and 2.30pm Secondary school children will be attending workshops at the Zoology Building. Kids can be photographed with microscopes looking at soil; building insect hotels or examining other items on show. To arrange please contact Marie Fish on 07526611430

Eco-Schools is an international programme supported by the Federation for Environmental education (FEE). Schools are encouraged to take action to improve the environment of their school and local community working through Bronze and Silver Awards towards the ultimate Green Flag Award.