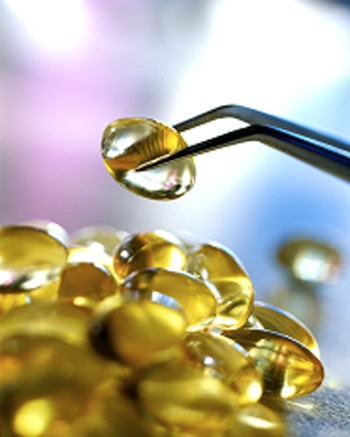 Facts and misconceptions around dietary supplements will be explored at a free talk in Aberdeen tomorrow evening (Wednesday 8 April).

The market for dietary supplements in the EU was valued at five billion Euros in 2005.  Since then it is estimated that the market has continued to grow indicating huge consumer demand for these products.

The reasons behind this continued demand for dietary supplements, and whether or not any of it is really needed, will be explored by Professor Harry McArdle from the University of Aberdeen Rowett Institute of Nutrition and Health, at a special health-themed Café Scientifique talk which begins at 7pm at the Union Bridge branch of Waterstone's.

Organised by the University's Public Engagement with Science team, Café Scientifique provides a lively and informal public forum for discussion of the latest topics in science and technology.

Professor McArdle, who is Deputy Director for Science at the Rowett Institute said:  "Dietary supplements don't just include concentrated sources of vitamins and minerals.  They also include a wide, and often confusing, range of other substances such as fish oils and amino acids - indeed fish oils represent about 40% of the supplement market in the UK.

"In 2002 the EU introduced a directive to harmonise the labelling of food supplements and new regulations were agreed in 2006. There's no doubt that since then the information provided for consumers about these products has been much more straightforward and factual.  Health claims now have to be scientifically validated, and this has also made the situation much clearer."

"It's likely that the diet of adults in the UK, on average, provides more than enough nutrients to supply our daily requirements of vitamins and minerals - substances that are needed in small quantities for our bodies to function properly.  However, there clearly are certain stages in our lives where supplements may be of value.  For example all women of child-bearing age who may become pregnant are advised to take daily supplements of folic acid, as this can help to reduce the risk of the baby suffering from a neural tube defect.

"With the change to lower fat dairy products, there is evidence that intakes of some of fat soluble vitamins, such as vitamin A have dropped, particularly in young women, which may be an area of concern."

"My own research has looked at the role of iron in a healthy pregnancy, and the key times during pregnancy when supplementation is most effective.  I'm also interested in the complex interactions between iron and other metals such as copper.  My work has clearly shown that high levels of supplements can be as bad as low levels, since one substance may interfere with another.  People really should be careful about the supplements they take, seek specialist dietary advice if they can, and never exceed the amounts recommended on the packaging.  Twice as much is never twice as good."

Café Scientifique will be hosted one night per month until October in the Costa Coffee café of Waterstone's Union Bridge branch.

There is no need to book for the events which are free to attend and open to all.

The full Café Scientifique 2009 Winter/Spring programme can be found at http://www.cafescienceaberdeen.co.uk/ and is sponsored by the University of Aberdeen and a Science and Society grant from the Scottish Government.