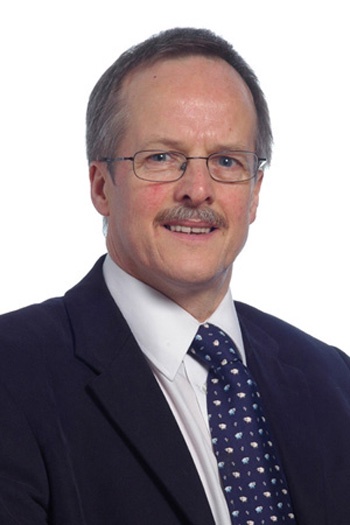 Patients who take glucocorticoid drugs (such as prednisolone or prednisone) to treat a variety of inflammatory/immune-mediated diseases (such as rheumatoid arthritis or asthma) can suffer side effects such as bone loss, leading to excess risk of fractures.

The HORIZON study, published in an article in this week's edition of The Lancet, shows that a single annual infusion of zoledronic acid improves bone mineral density (BMD)  more than the current standard treatment of daily oral bisphosponates.

Whilst studies have shown that use of oral bisphosphonates increase BMD and reduces fracture risk, compliance and adherence with such therapy can be poor or incomplete. An association between poor adherence or compliance and increased fracture risk has been documented in women with postmenopausal osteoporosis who were treated with bisphosphonates. Zoledronic acid, while a bisphosphonate itself, is much more potent and needs only to be given in a once-yearly infusion.

In this randomised controlled trial, Professor David Reid, Head of Division of Applied Medicine at the University of Aberdeen, and the HORIZON investigation team compared the effects of zoledronic acid with a standard bisphophonate in 833 patients at 54 centres across 12 European countries, Australia, Hong Kong, Israel, and the USA.

The patients, who were all on glutcorticoid medications, were randomised to one 5 mg intravenous infusion of zoledronic acid (416 patients) or 5 mg daily of the standard bisphosphonate risedronate (417 patients).

The trial measured the improvement in lumbar spine BMD (the lower part of the back).

Serious adverse events were a deterioration in symptoms from rheumatoid arthritis in the treatment subgroup, and fever for the prevention subgroup. But the authors conclude that zoledronic acid has an acceptable safety and tolerability profile.

The authors concluded: "Guidelines recommend prescription of risedronate or alendronate in many patients given glucocorticoids, who are at increased risk of fracture. However, our study has shown that one intravenous infusion of zoledronic acid provides greater increases in bone mineral density and more rapid and substantial decreases in bone turnover than does daily risedronate."