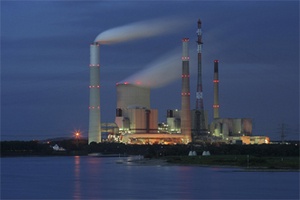 Professor Bahman Tohidi, Director of the Centre for Gas Hydrate Research at Heriot-Watt University will take to the stage as part of the Energy Controversies lecture series, hosted by the University of Aberdeen.

The lecture is free to attend, and places can be registered in advance at http://energycontroversies.abdn.ac.uk/.

In his lecture - the fifth to take place in the series – Professor Tohidi will provide an insight into the various positive and negative aspects of gas hydrates including their potential as a source of energy and their role in subsurface storage of CO2.

Aimed at influencing energy and social policy at a local and national level, the Energy Controversies series brings together leading figures from the oil and gas industry alongside academics and experts from all areas of the energy sector.

Highly topical issues covered across the series include the exhaustion of fossil fuel reserves and their imminent decline as an energy source, the impact of the changing political climate on the energy industry, and the concern surrounding the environmental impact of our continued use of fossil fuels.

Both lectures will be held in the King's College Conference Centre and begin at 6pm.

Anyone interested in booking a free place for these lectures should visit www.abdn.ac.uk/energycontroversies or telephone the University of Aberdeen Events Office on 01224 273874.