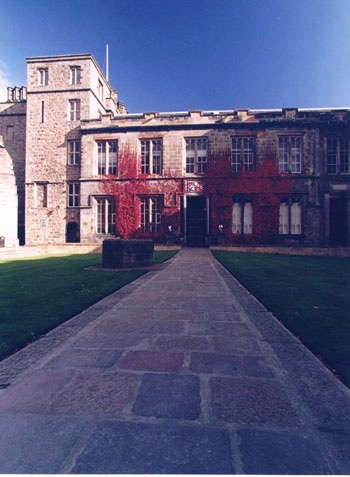 A ceremony recognising the generosity of scholarship and bursary donors to the University of Aberdeen will be held this evening (Tuesday, April 21).

Now in its seventh year, the annual Sixth Century Scholars' Reception gives students who have benefited from a scholarship the opportunity to meet up with donors and their representatives.

Over 100 guests will attend the event, including figures from the business world, individual donors, representatives of Trusts and Foundations, academic staff and the scholars themselves.

The reception, which takes place at King's College Conference Centre, will underline the importance of scholarships – and the benefits they bring to both donor and recipient.

Professor Chris Gane, Vice-Principal and Head of College of Arts and Social Sciences, said: "The Sixth Century Scholars' Reception celebrates the generosity of the organisations and individuals who have established scholarship opportunities with the University of Aberdeen.

"Scholarships are a vital lifeline for many students, helping to alleviate financial concerns and allowing students to concentrate on their studies.   They also offer the opportunity for recipients to work closely with their donating organisation to develop their skills and knowledge of their chosen industry.

"The annual reception is a significant event in the University calendar and the ideal occasion for various donors to meet with the students who have benefited from their generosity.  Working closely with individuals and organisations to create these awards is a key objective for the University.  This occasion allows us to promote the immense support which scholarships provide and the advantages for both the student receiving the award and the donor."

More than 200 scholarships and bursaries are currently offered by companies, trusts, foundations or individuals to the University.

The Scholarship Programme is part of the University's Sixth Century Campaign, which was launched in 1999 to mark the institute's sixth century of existence.  A major fundraising initiative, the campaign aims to raise £150 million by 2010.