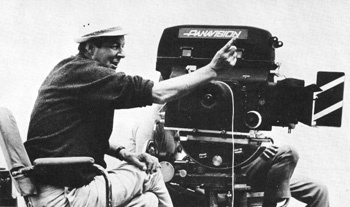 A filmmaker responsible for some of the most memorable entries in the James Bond oeuvre – including the Sean Connery-starring Goldfinger – will be interviewed in Aberdeen tonight (Tuesday, April 28).

Guy Hamilton, who directed four Bond movies during his 40-year career, will appear in the city as part of the University of Aberdeen's Director's Cut series.

The sold-out public talk will take place at 6pm in King's College Centre, when Hamilton will be interviewed by BBC Movie Café presenter Janice Forsyth in front of over 250 film fans.

Guy Hamilton, who worked for Naval Intelligence during the war and made numerous stops in Aberdeen while conducting clandestine missions to Norway, began life in the movie industry as an Assistant Director on classic films such as The Third Man (1949), starring Orson Welles, and The African Queen (1951), featuring Katherine Hepburn and Humphrey Bogart.

Goldfinger (1964) – Hamilton's first foray into the franchise and the third James Bond film – is widely regarded as the moment where the distinctive Bond mix of action, sex and humour was first crystalised .

His other credits include directing one of the foremost Cold War thrillers, Funeral in Berlin (1966) starring Michael Caine, as well as The Colditz Story (1955) and Battle of Britain (1969), featuring Laurence Olivier and Susannah York.

Dr Alan Marcus, Head of Film and Visual Culture at the University of Aberdeen said: "Guy Hamilton's Goldfinger, with its ejector-seat equipped Aston Martin and other memorable moments, arguably laid down the template for the runaway success of the Bond franchise.

"Throughout his long career he worked with some of the most iconic actors ever to have graced the silver screen – from Humphrey Bogart to Sean Connery – making this a particularly special Director's Cut."

The Guy Hamilton Director's Cut event is co-hosted by Scottish Screen. Visit http://www.abdn.ac.uk/directorscut/ for more information about the series or call the University Events team on 01224 273874.