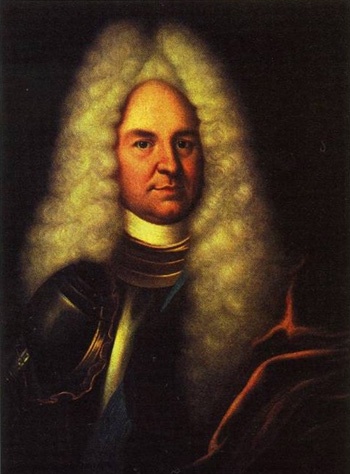 He left Scotland to become a soldier of fortune and ended up as a general in the Russian army and the right-hand man of Peter the Great.

The Tsar who revolutionised the Russian state is said to have wept by his faithful Scots servant's deathbed before closing his eyes with his own hand.

Now the extraordinary story of Patrick Gordon, who schooled the famous Russian leader in warfare, is to be told in full for the first time with the publication of his diary.

"Gordon was a truly remarkable man and the diary is an outstanding historical source," said Professor Paul Dukes, who worked with the AHRC Centre for Irish and Scottish Studies at the University of Aberdeen to bring about its publication.

Gordon's diary previously surfaced in German and Russian versions but has never been published in full in its original English*, leaving his exploits relatively overlooked in the land of his birth.

Now all six volumes of the Scots soldier's thoughts and accounts of derring-do will be published exactly as he first wrote them down. The launch of the first volume is marked today (Thursday, May 7) with a gathering of Scots and Russian scholars at the University of Aberdeen for a two-day Patrick Gordon conference.

Professor Dukes said: "Gordon was born in Auchleuchries, just outside Ellon, and was a proud Scot who always hoped to return to the North-east of Scotland, where he intended to retire and be buried. Sadly, it was not to be, and he breathed his last in 1699 in Moscow, where a monument still stands to his memory.

"Throughout his life Gordon remained faithful to the Jacobite cause and tried to persuade Tsar Peter to support it. His other great conviction in life was Roman Catholicism, and his legacy includes gaining permission for the construction of the church's first chapel in Moscow."

But Gordon's greatest hour arguably came in 1698, shortly before his death, when he suppressed a military revolt aimed at removing Peter from the throne. Almost a decade earlier he had thwarted another attempted coup, this time by Peter's scheming half-sister, Sophia.

"Gordon educated the young Tsar Peter in military and naval matters and became a great confidant of the man who helped turn Russia from a relatively inward-looking country into a European power of huge lands and resource," added Professor Dukes.

"He was a fascinating and very accomplished character resembling many before and after him, who left Scotland to make their way in life and had a profound effect on the history of their adopted land. Now, with the publication of his diary in Scotland, and in his own tongue at that, he has at last come home."

*In 1859, incomplete passages from Patrick Gordon's diary were published in English by the Spalding Club, an institution devoted to the publication of historical documents pertaining to North-east Scotland