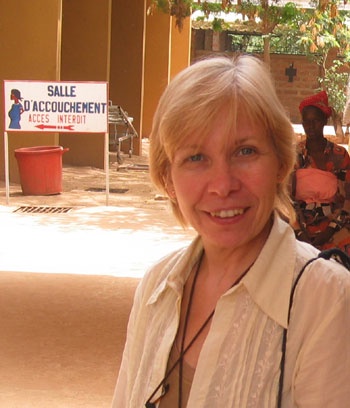 From why scientific advances could enable humans to live much longer, to the conspiracy theories surrounding man’s landing on the moon - a new series of events launched in Aberdeen this week will give the public an insight into highly topical science.

The life-saving science which has improved the health and survival of mothers over the last century will be the first topic to be explored in the new season of the series, which aims to bring issues and debates in science to a wider audience.

Professor Wendy Graham from the University's Immpact Project – a global research initiative which aims to improve the health of mothers in developing countries – will outline the important discoveries related to childbirth over the last 100 years.

Professor Graham will look at the benefits from these discoveries felt in both Aberdeen and the rest of the developed world, but sadly yet to reach women in the poorest countries.

Professor Graham said: "Childbirth is a time of great joy for most families but can also be a time of great tragedy for others. Loss of a mother was much more common in the past but thankfully very rare today in the places like Scotland. Here over the last hundred years, the number of women dying during childbirth has fallen drastically. For every 10,000 women delivering in 1909, around 50 would have died owing to complications but in 2009 the number is close to one.

"In part, these life-saving changes reflect the story of social and economic progress, such as free health care through the NHS, but they also mirror important breakthroughs in science and research. The purpose of this Café Scientifique session is to share the story of discovery over the last century."

Launched in January this year the inaugural Café Scientifique seriesattracted full to capacity audiences to hear from acclaimed and high profile scientists, including Chief Scientific Adviser for the Scottish Government, Anne Glover.

This new series of talks is expected to be just as popular as Dr Ken Skeldon from the University of Aberdeen's Public Engagement with Science Unit explains: "Providing a lively and informal public forum in Aberdeen for discussion of the latest issues in science and technology, Café Scientifique drew strong audiences in its inaugural run earlier this year.

"This new series of Café Scientifique promises to deliver another highly topical line up of science issues and debates, with subject matters including how science is shaping our evolution and the latest in weight loss and obesity research, set to be covered.  We'll also look at the conspiracy theories behind the Apollo11 moon landing, linking in with its 40th anniversary and the International Year of Astronomy.

"We have also introduced a new Saturday daytime Café Scientifique familysession which will take place in August, called Snakes in the Bookshop.  This session will give the public the unique chance to literally get to grips with pythons, beetles and spiders and learn more about these fascinating creatures with talks throughout the day."

Café Scientifique will be hosted once a month until October in the Costa Coffee café of Waterstone's Union Bridge branch.

Professor Wendy Graham's talk – Four births and a funeral: A century of life-saving science opens the series on Wednesday (10 June), beginning at 7pm.

The session will kick off with an introduction by Professor Graham. An opportunity to buy refreshments or snacks will follow before a longer open-mic discussion begins.