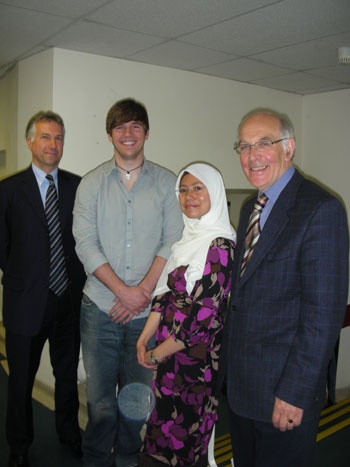 Founded in 1918 by the Reverend Robert Hogg Calder MA, Minister of Glenlivet, the triennial competition invites students to submit a single poem in English or a recognised dialect of Scots.

Nur Aizaan's submission By My Mother and Matthew's submission Maiden Tongue saw them jointly scoop the prestigious accolade and each take home a £100 cash prize.

The students were awarded their cheques today by Professor Bryan McGregor, Vice-Principal for Curriculum Reform at the University and Professor David Hewitt from the University's School of Language and Literature, who judged the prize alongside University Librarian Chris Banks.