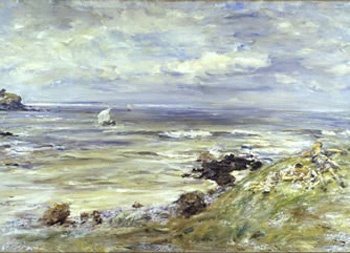 The tension which can exist between building developments and their environmental impact will be explored at a conference in Aberdeen later this week.

Hosted by the University of Aberdeen, the Spaces of the Nation: The Planning of Space in Ireland and Scotland conference will bring together key representatives in the area of planning and environment from Scottish and Irish governments and councils, alongside academic experts and commentators.

The aim of the two day conference is to examine the way in which the planning system in government works in relation to major strategic projects and plans.

Developments such as the Donald Trump golf course in Balmedie will be used as examples during the conference which has been organised by the Irish-Scottish Forum for Spatial Planning - a collaborative group formed by the University of Aberdeen, Queen's University Belfast and the National University of Ireland-Maynooth.

Figures to speak at the event include Martin Ford, former Chair of Infrastructure and Services Committee, Aberdeenshire Council and Graeme Purves, Assistant Chief Planner with the Scottish Government.

The conference will also examine what development aspirations in both Scotland and Ireland say about the national and cultural identity in both places.

Professor of Spatial Planning at the University and co-organiser of the conference, Bill Neill said: "Drawing examples from both Scotland and Ireland, the conference will explore the ways in which the environment and development pressures can  be reconciled, and the impact developments can have on national and cultural identity.

"For example, do wind farms in the Highlands sit alongside the felt image of who Scots consider themselves to be? Ireland has certainly over the last fifteen years moved away from dominant rural conceptions of identity and we will look at how Scotland compares.

"The most senior planners in Scotland and in Northern and Southern Ireland will join academic presenters over the conference which we hope will provide a unique forum for those interested in the future shape of Scotland's cities, towns and countryside."

Spaces of the Nation: The Planning of Space in Ireland and Scotland takes place from Friday 12 June – Saturday 13 June at the University's King's College Conference Centre.

The forum is free to attend and advance registration is essential.

To register contact riiss@abdn.ac.uk, or call 01224 272343 or visit www.abdn.ac.uk/riiss/isfsp.shtml#programme for further information.

The conference is funded by the Arts & Humanities Research Council Centre for Irish and Scottish Studies.

The Irish-Scottish Forum for Spatial Planning was established by the University of Aberdeen, Queen's University Belfast and the National University of Ireland-Maynooth.  Its purpose is to critically examine the relationship between strategic planning and the development of cities, towns and countryside in Ireland, Northern Ireland and Scotland.