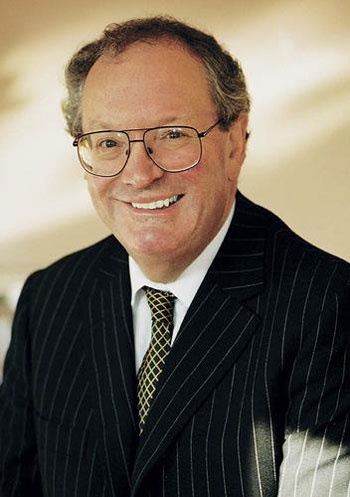 Professor Duncan Rice, Principal and Vice Chancellor of the University of Aberdeen, has been honoured with a Knighthood in the Queen’s Birthday Honours.

Professor Rice has been awarded the honour for services to higher education.

Professor Rice said: "On a personal level this is a wonderful honour, and I'm very proud of it.  But I know it's intended to recognise all the University has achieved in the last decade.  I am just the vehicle, and the real congratulations go to the whole of our community.  It is being transformed by the commitment, quality and vision of all my colleagues, and my knighthood is a way of honouring them."

Professor Sir Duncan Rice has been Principal and Vice-Chancellor of the University of Aberdeen since September 1996. He was previously Dean of the Faculty (1985-91) and Vice-Chancellor (1991-96) at New York University, playing an important role in one of the most successful US higher education fundraising campaigns, which raised over $1 billion in 10 years.

Sir Duncan was born in Aberdeen, and took a first in history at the University of Aberdeen in 1964. He taught briefly at Aberdeen and completed an Edinburgh doctorate before spending much of his professional life at Yale and New York University.

He is the recipient of many academic awards and honours, including Honorary Degrees from New York University and Robert Gordon University, an Honorary Fellowship from the UHI Millennium Institute, and fellowships at Harvard and Yale, as well as being a Fellow of the Royal Society of Edinburgh. He serves on the Heritage Lottery Fund Committee for Scotland, is Vice-President of Scottish Opera and is Chair of the Council for the Advancement and Support of Education (Europe). He has previously served on the Boards of Scottish Enterprise Grampian, Scottish Opera/Ballet, BT Scotland, and The National Trust for Scotland.

In the last decade the University's turnover has more than doubled from less than £100 million to over £200 million, and research income has more than trebled from £21 million to £67 million. Student numbers have grown from 9,000 to 14,500, with the number of graduate students trebling to 4,000 and the proportion of international students increasing from 1 in 6 to 1 in 4. Staffing levels have increased from 2,600 to 3,800. Over £170 million has been invested in capital projects with a further £230 million planned over the next decade. Aberdeen's Sixth Century Fundraising Campaign has raised over £134 million and is regarded as one of the most established and successful in UK higher education.

In 2003, the University restructured from five Faculties into three Colleges and began an ambitious £9 million investment in outstanding people. The Sixth Century Chair programme has resulted in a major strengthening of intellectual capital and the creation of new opportunities for multi-disciplinary research with over 70 internationally distinguished professorial appointments being made across all three Colleges. The University will shortly begin a further £15 million investment programme to further strengthen its faculty over the next three years. The University is in the latter stages of implementing one of the UK's first ever complete reviews of the academic curriculum, which will deliver innovative and new approaches to undergraduate learning and education.

The most recent benchmark of the pace of change at Aberdeen has been its outstanding performance in the UK's most recent Research Assessment Exercise, in which it achieved one of the biggest increases in the proportion of its staff rated in the top two categories of any UK university.