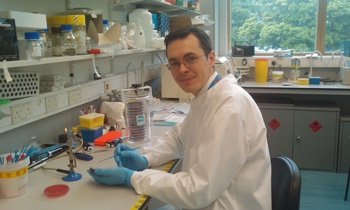 Scotland has one of the highest rates in the world of inflammatory bowel disease (IBD) and its incidence is rising among Scots children.

Now researchers have begun a major Scotland wide study into IBD – which encompasses Crohn's disease and ulcerative colitis – which afflicts around 1,000 people under 18 years old in Scotland.

Their work - led by the University of Aberdeen - is being supported by a research grant of £182, 235 from the Chief Scientist Office.

IBD can cause abdominal pain, diarrhoea, bleeding, weight loss, and other unpleasant symptoms.

Scotland has seen a fourfold rise in the incidence of childhood Crohn's disease over a 30 year period. This rise has been mirrored in most European countries although the highest rates are found in Scotland.

A more modest rise in ulcerative colitis has been seen over the same period.

While there are extremely effective treatments for IBD, these can have side effects and none of them cure the condition.

IBD is thought to be caused by a combination of genetics, environmental factors, such as smoke exposure and diet, and bacteria found in the gut.

There are 10 times as many bacterial cells as human cells in the human body, but work examining their role in both health and disease is just beginning, spurred on by advances in DNA analysis.

Changes in the bacteria found in the gut, including members of the Helicobacter family, are among a number of possible causes of the condition and the study will explore whether these bacteria could be a trigger for IBD.

The Aberdeen team has already shown that these bacteria are significantly higher in patients with IBD than in unaffected children. The study will also look at other bacterial populations within the gut at the onset of IBD.

Researchers plan to recruit onto their three year study children who have been referred to hospital for a colonoscopy.

Study co-ordinator Dr Richard Hansen, Clinical Lecturer in Child Health at the University of Aberdeen, said: "We hope to recruit as many children as possible with newly diagnosed inflammatory bowel disease alongside a similar number of children who have been referred for colonoscopy and who are then found to have normal bowels..

"Collecting samples from children will allow us to get close to the very beginning of these distressing diseases which could open the door to new therapies.

"It could also be a stepping stone towards future screening against the disease and possibly even immunisations for at risk individuals."

Dr Richard Hansen is available for interviews and photographs. To arrange, please contact Jennifer Phillips on 01224 273174.