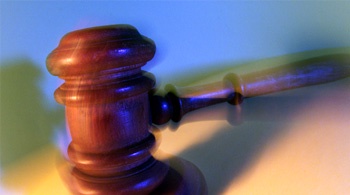 Landmark changes to law in the UK and across the globe will be examined at a conference held at the University of Aberdeen next week.

Recent developments concerning causation – an important aspect of the law of negligence –will come under the spotlight at the two day Perspectives on Causation conference, which is hosted by the institution's School of Law.

Lord Hoffmann, a senior British judge who has served as Lord of Appeal in Ordinary since 1995, will act as keynote speaker for the conference which will be attended by key international academics and members of the legal profession.

Causation refers to how a claimant demonstrates they have been legally wronged by another party in the eyes of the law.

In a standard road traffic accident, for example, where one driver's negligence causes physical injury to another road user, the link between the loss suffered by the claimant and the legally-recognised cause of his or her injury can usually be readily established.

In more complex situations, however, such as asbestos-induced disease, where a person has contracted the illness through being exposed to asbestos over the course of a working life spent with a number of different employers, the extent to which any one employer should be held liable is controversial.

How someone attempts to prove their lung cancer was caused because they smoked a brand of cigarettes developed by a particular manufacturer is also an example of where complex issues surrounding causation could be raised.

Significant decisions have been made in the UK, Canada, Commonwealth countries and America, relaxing the previously strict guidelines governing the law of causation.

The extent to which the UK legal system should be influenced by amendments to the law of causation in other countries will be just one of the aspects debated at the conference.

Dr Richard Goldberg of the University of Aberdeen's School of Law, a contributor to the conference and one of its organisers said: "In recent years the law has been willing to relax the strict rules of causation.  But the law is still in a state of flux and the direction that the law should move in, and the factors that it should bear in mind when charting its course, are still far from clearly agreed."

Margaret Ross, Head of the School of Law at the University of Aberdeen said: "We are delighted to have been able to draw together key international experts from both academia and the legal profession to raise debate and discussion on this topic, and we hope the conference will help to clarify this fascinating and important area of the law."

Pre-registration is required – please contact the conference organisers on 01224 272523 or email cpd@abdn.ac.uk .

For more information on the conference visit www.abdn.ac.uk/causation/