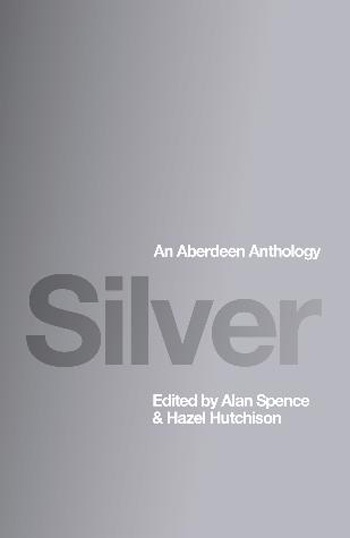 The launch of a new poetry anthology celebrating the Granite City and an appearance by BBC Security correspondent Frank Gardner will kick off this year’s Word Festival.

Its launch will be closely followed by an event with BBC Security correspondent Frank Gardner, who nearly lost his life at the hands of Islamist gunmen in Saudi Arabia in 2004.

Gardner, who will talk about his latest memoir, Far Horizons, is one of over 60 authors appearing over the Word weekend (May 15-17). Around 11,000 visitors are expected to attend the festival, which takes place at the University of Aberdeen and at venues across the city.

Silver will be launched at 11am at the Talisman Theatre, King's College and is published by Polygon.

Dr Hutchison said: 'This has been a really exciting project for both Alan and myself. Most people have no idea how much has been written about Aberdeen through the ages.

"We've been thrilled and inspired by the range and quality of work that we've found during our research for the book. Our only problem has been knowing what to leave out.

"Hopefully this collection will let people experience more of the city's rich cultural heritage – not just from the past, but also in the present."

Dr Hutchison explained: "I think perhaps the best find we made was a little bit of verse in Old Norse dating back to 1153. It's four lines from the saga Morkinskinna by the Icelandic poet Einarr Skulason, and is about Prince Eysteinn's raid on Aberdeen, which was known to the Norsemen as Apardion."

Issued by
The Communications Team
Directorate of External Relations, University of Aberdeen, King's College, Aberdeen
Phone
+44 (0)1224 272014
Issued on
15 May 2009