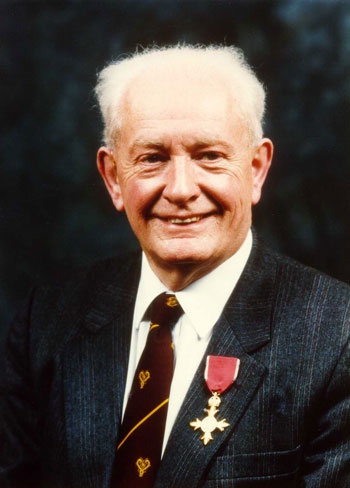 The pioneering medical physicist whose team led the world with their breakthroughs in medical imaging will today hand over his collection of honours to a historic medical society.

The scientist - who became the University of Aberdeen's first Professor of Medical Physics in 1965 - led a team which built the first whole body MRI scanner.  Aberdeen clinicians were then able to carry out the world's first body scan of a patient from Fraserburgh.

MRI is now used all over the world today in the diagnosis and treatment of cancer, dementia, a wide range of benign conditions, as well as sports injuries.

Professor Mallard was also convinced of the importance of PET imaging even though the technology was still very much in its infancy in those early days. In the inaugural lecture he gave shortly after joining Aberdeen, Professor Mallard predicted PET would become one of the most powerful tools for studying human diseases. Now indeed that is the case.

The Professor brought Scotland's first PET facility to Aberdeen. He did so by leading a national fundraising campaign to pay for a building next to Woodend Hospital to house a second hand scanner which he had negotiated from researchers in London.

Nowadays the clinical benefits of PET imaging - used in the management of the treatment of cancer and other conditions - are recognised across the world.

The old facility at Woodend has long since been replaced by the state of the art John Mallard Scottish Pet Centre at Aberdeen Royal Infirmary which up until recently was the only PET centre in Scotland and was seeing cancer patients from across the country.

Professor Mallard – who retired from the University in 1992 – was awarded the Freedom of the City of Aberdeen in 2004 for his pioneering work in medical imaging.

Today the 82-year-old Professor will hand over his collection of medals, certificates, awards and plaques to the Aberdeen Medico-Chirurgical Society – a society for medical graduates and based at Foresterhill health campus.

Professor Mallard explained why he has done so: "The reason I am giving my collection to the Aberdeen Medico-Chirurgical Society is because they are the custodians of medical history and heritage in Aberdeen and the North of Scotland.

"My wife Fiona and I hope that the medals and awards which have been given to me will serve as a permanent reminder of the terrific stir and excitement, which that work here caused at the time, in the scientific and medical world."

Dr David Millar, President of the Society which was founded in 1789 and also promotes medical education and hosts scientific meetings, said: "I think this is a most generous gesture by Professor Mallard and our society honoured to take over custodianship of such prized items."

Professor Peter Sharp, Chair of Medical Physics at the University of Aberdeen, who worked for Professor Mallard and then became his successor, added: "Professor Mallard has had a hugely distinguished career and the many medals and other accolades bestowed on him recognise that fact.

"I think it is tremendous that Professor Mallard is handing custodianship of his many honours to the Aberdeen Medico-Chirurgical Society so that future generations will be reminded of the pioneering work he carried out here in the North-East.

"Professor Mallard was at the forefront of world class science that came out of Aberdeen. Hundreds of thousands of patients worldwide have benefited from Professor Mallard's vision for medical imaging which is a tremendous legacy to have left to society."

Professor John Mallard, Dr David Millar and Professor Peter Sharp are available for photographs and interviews at the Aberdeen Medico-Chirurgical Society (known as the Med-Chi Society) within the Polwarth Building today at 4.40pm. Please contact Jennifer Phillips to arrange on 01224 273174.