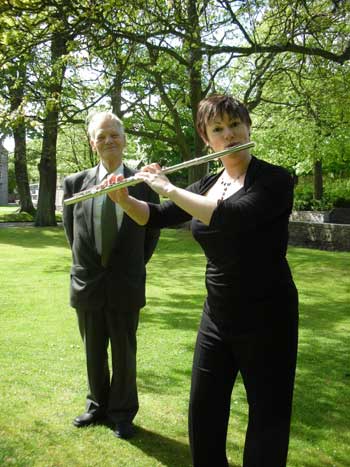 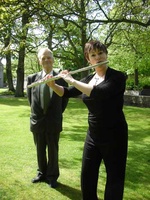 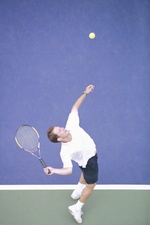 A gifted Aberdeen student has been awarded a highly prestigious prize in recognition of her exceptional musical ability.

Now in its second year, the award was given by Professor Derek Ogston CBE LLD FRSE, a former Senior Vice-Principal of the University of Aberdeen.

Kay is in her final year of an MA degree in Psychology at the University and has been the principal flute of the University Symphony Orchestra for the past three years, whilst also playing in a variety of other University groups.

She plans to remain at the University to complete a PhD in the neuropsychology of vision and intends to continue her involvement in the musical life of the institution.

"The six finalists competing for this prestigious accolade were exceptionally talented individuals who gave outstanding performances at the event.   It was a joy to witness Kay's winning flute performance, which provided a perfect example of the tremendous musical talent which the University is nurturing.

"We are extremely grateful to Professor Ogston for creating this esteemed prize and look forward to continuing to reward the abilities of musically gifted students in years to come."

Professor Derek Ogston added: "It is a pleasure and privilege to be associated with such fine young musicians."