Content warnings: the classroom is a place for difficult conversations about complicated issues
11 January 2023 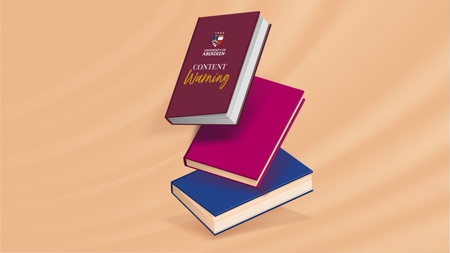 What are content warnings, why are they used and how do they benefit students?

To put it simply: however well content warnings do or do not work, there is no student whose academic performance is improved by having distressing material sprung on them as a surprise" Professor Timothy C. Baker

Professor Timothy C. Baker, from the School of Language, Literature, Music and Visual Culture, delves into the controversial debate on content warnings.

Debates over the usefulness of content warnings, also known as trigger warnings or content notes, have been a staple of the popular press since at least 2014.

In recent weeks and months several courses I teach at the University of Aberdeen have been subject to sustained media attention, and headlines about ‘wokeness’, censorship and ridicule have been commonplace regarding Aberdeen and other universities.

The underlying purpose of such articles is not to highlight current pedagogical approaches, for good or ill, but to stoke a long-running culture war that insists that students are ‘mollycoddled’ –a word that appears frequently in such articles – and that humanities education does not appropriately prepare students for the real world.

But the debate about content warnings goes much deeper than newspaper headlines. Numerous academic studies have offered competing views across multiple fields. Sofia Fenner, writing in the Journal of Political Science Education, argues that content warnings serve to encourage engagement and discussion, and enable all students to participate equally. Guy A. Boysen et al., on the contrary, writing in Scholarship of Teaching and Learning in Psychology, have found that trigger warnings do not have a measurable effect on test scores, but that their use compounds students’ desire for warnings to be provided. Yet, as Francesca Laguardia et al. lament in the Journal of Legal Education, the entire debate remains unproductive.

Few articles in the media draw upon this scholarship, whether in favour of or opposed to content warnings.

Instead, we have seen a steady stream of articles conveying the inclusion of content warnings as students ‘unable to cope with the content’ and suggesting that their presence opens the university to ‘ridicule’. These have been rapidly shared across media outlets and through social media.

We have also seen a focus on very limited examples, for example J.M. Barrie’s Peter Pan and Other Plays, to emphasise the narrative of such articles. It should be noted that in this case, the content warning applies to one of the other plays contained in the book which is taught on the course, and that although Peter Pan lends its name to the title, that work is not taught on this particular course.

Another aspect of content warnings attracting media attention is the potential for ‘censorship’. A text by novelist Eimear McBride, A Girl is a Half-formed Thing, came under scrutiny in several outlets as having been removed ‘to protect students from challenging content’, with further concerns noted about ‘exposing students to themes covered by modern female novelists’.

Rather than removing McBride’s novel from the course, students were given a choice between that text and Anna Burns’s Milkman, which contains similar themes, and is not in any sense an easier read.

The frequency of such reports, and the Freedom of Information requests that underlie them, raise two key concerns. The first is why, if content warnings are so problematic, academics continue to use them. The University of Aberdeen’s policy on content warnings, for instance, stipulates that while it is important for education to include ‘contentious and challenging material’, students should be informed in advance about ‘potentially distressing material or issues’, in order to best prepare them for class discussion. Studies such as those cited above have repeatedly found that students are better-prepared to engage in discussion when they know what issues may be discussed.

Many practitioners differentiate between ‘trigger warnings’, which would apply specifically to students with post-traumatic stress disorder, and ‘content warnings’ or ‘content notes’, which apply far more broadly. Academics are not mental health professionals, nor is the classroom a therapy session; rather than attempting to anticipate every student’s specific needs, content warnings include a wide range of issues, many of which will not affect any given student in a particular year-group, but some of which may.

The University serves a wide variety of students, who may have very different previous life experiences. It is precisely because the material studied includes ‘real world’ situations that it requires preparation. By providing this information in advance, students are empowered to approach the work critically and sensitively, and to discuss it in a way that does not exclude any of their peers.

To put it simply: however well content warnings do or do not work, there is no student whose academic performance is improved by having distressing material sprung on them as a surprise. Providing advance information is a way of taking students seriously as participants in an informed conversation.

The context of academic content warnings is also essential, and frequently overlooked. Content warnings can easily be compared to the British Board of Film classifications, and similar material on any streaming service or DVD cover. Whereas individuals looking for entertainment, however, can simply choose not to watch a film that they believe will not be to their tastes, students are expected to engage with this material for purposes of assessment. Many academics use content warnings not as an insidious way to encourage their students not to read the texts, but as a way to prepare students to succeed with required material. The provision of content warnings is a way of treating students as adults, and giving them the skills and information necessary for their improved performance.

In the words of one of my students who provided feedback on the issue: “I don’t see content warnings as something that tells me ‘oh, this horrendous thing is written about in this book, don’t read it!’ more as ‘I want you to read the book, I recognise you may be coming with different experience, so here is something that may help you prepare for engaging with the text’.

“I never felt like content warnings were preventing me from reading stuff, or that they were provided with such intent, quite the opposite. I also think, at least the way the content warnings were included in this course, they were there, you knew where to find them, but they weren’t completely in your face all the time, so if you didn’t want/need them, you could just skip over them, but when you did want/need them it also didn’t take much effort to see what they were.”

Having seen a number of my courses singled out for attention, another trait of the current media approach has also become clear. Content warnings with which the journalist apparently sympathises are rarely reported on: I teach texts that include sexual violence, for instance, or racism, that are ignored. Instead, journalists frequently highlight what they believe to be the most innocuous text on a course. The implication of this argument is that while some texts may be challenging, these particular ones are not, and so it is ridiculous for the university to apply warnings to, for instance, a children’s novel, or a classic work of Victorian fiction.

This implicit claim is designed to suggest that the literary texts singled out for mention are, fundamentally, harmless, and should not be taken seriously. University study, however, is precisely about taking such work seriously. This might involve unpacking the racist or sexist assumptions that underlie a particular canonical text. This might involve juxtaposing work that initially seems simplistic with more complicated, graphic, or experimental texts.

Whatever the approach, however, the academic study of literature is based on the assumption that the texts do matter: they have transformative potential, and they are about issues that matter in the world, and in the students’ lived experience. The classroom is a place for difficult conversations about complicated issues, and this should be praised.

There is, and can be, no single approach to the use of content warnings, but the conversation must begin with the staff and students who are using them. To do otherwise is to diminish the power of literature and education. 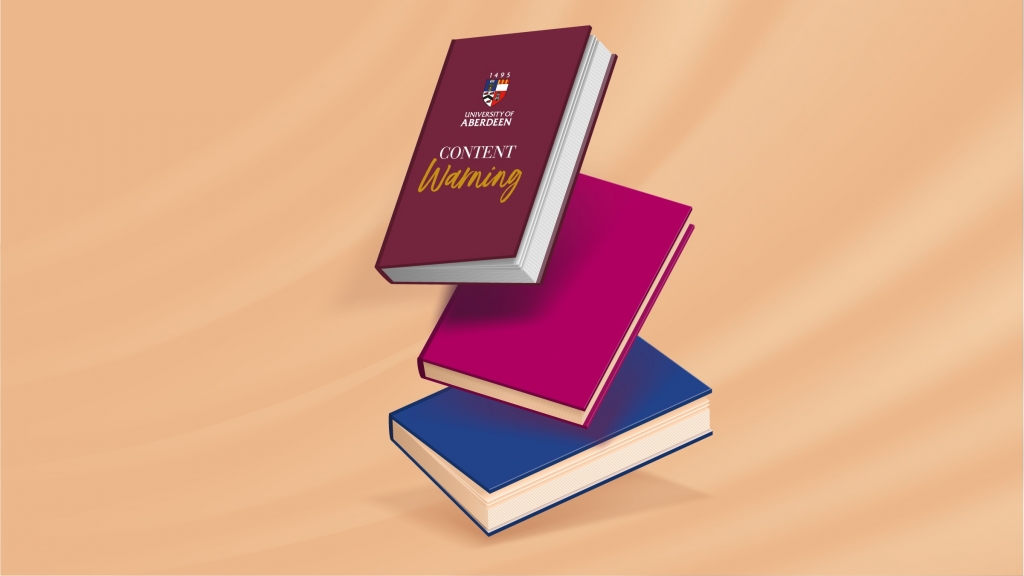