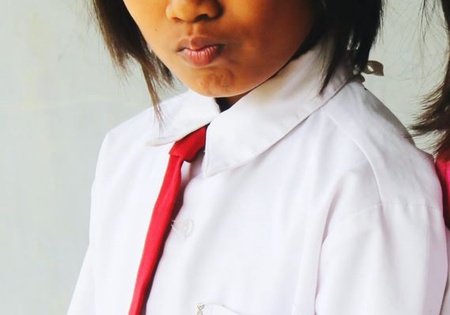 Young people's right to education could be put at risk by rising school uniform costs and a postcode lottery when it comes to accessing financial support, Scottish Government policymakers will be told this week.

With the current cost of living crisis and increasing financial pressures on families with children, the school clothing grant is an important mechanism to ensure children's right to education." Dr Rachel Shanks, senior lecturer at the School of Education

The national minimum school clothing grant is set at £120 for primary pupils and £150 for secondary students. Previously published figures however suggest that UK families spend on average £337 a year on uniforms for each secondary school child.

Now data gathered from 31 of Scotland’s 32 local authorities has found that councils paid out more than £22.5m in clothing grants during the 2021-22 school year, helping to provide uniforms to more than 161,000 primary and secondary school aged children.

As the cost of living crisis continues to deepen, research by the University of Aberdeen has found that only seven local authorities make automatic awards of the clothing grant when families are applying for other benefits, despite the Scottish Government calling for automatic payment.

With parents increasingly struggling to balance their household budgets, the study shows just five local authorities are paying more than the £150 national minimum for secondary school pupils in the 2022/23 school year; with 10 paying more than £120 for primary pupils. Only two local authorities, East and West Dunbartonshire, are close to paying the £337 needed for secondary age pupils with a grant of £300.

The data was analysed by Dr Rachel Shanks, senior lecturer at the University of Aberdeen’s School of Education. Based on her findings, Dr Shanks has laid out a series of recommendations which she will present at a Roundtable at the Scottish Parliament on 22 September during the current national consultation into school uniform policy.

“The Education (Scotland) Act specifies that education authorities must ensure that no child attending a school under their management is unable to take advantage of the education provided because of the inadequacy or unsuitability of their clothing,” said Dr Shanks.

“Publicly funded secondary schools in Scotland expect households to provide many items of clothing which will cost more than the £150 of the national minimum clothing grant for secondary school pupils.

“With the current cost of living crisis and increasing financial pressures on families with children, the school clothing grant is an important mechanism to ensure children’s right to education.”

Dr Shanks also suggests councils consider giving a higher amount for the first year of secondary school when parents or guardians are likely to have more items to buy.

Schools meanwhile should develop costed uniform policies to ensure that any uniform requirements are both accessible and affordable within the limits of the local authority’s clothing grant.

“There are different solutions on how to alleviate the costs of school uniform to make them affordable,” added Dr Shanks.

“Many schools have already reduced uniform costs by taking steps such as removing the requirement for logos, reducing the number of mandated items, operating a blazer deposit scheme and ending exclusive supplier arrangements, as part of wider efforts to reduce the cost of the school day for families.

“There are further options however, such as encouraging schools to consider setting up mechanisms to donate or share second-hand clothing and working with one of the 30 dedicated school clothing banks that exist across Scotland or relevant social enterprises.