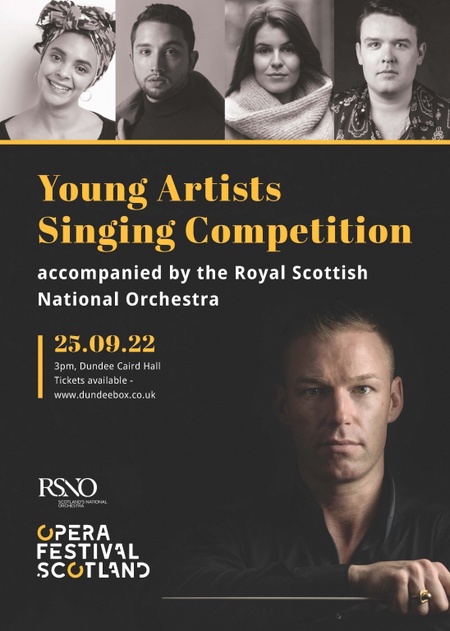 The American conductor, composer and pianist completed his PhD studies in music composition with ‘royal composer’ Professor Paul Mealor at the University of Aberdeen. Hudson earned a Bachelor’s degree in piano performance before turning to composition for his Master’s degree studying with Dan Forrest. He completed a second Master’s degree in choral conducting, graduating with distinction from Westminster Choir College in Princeton, New Jersey.

His further musical involvement includes his Scottish conducting debut with the Con Anima Choir and Orchestra in Brahms’ Ein deutsches Requiem with English soprano Judith Howarth; an iconic 20th century programme conducting Gershwin’s Rhapsody in Blue from the piano paired with Ravel’s Bolero and Stravinsky’s Firebird (1919) with the University of Aberdeen Symphony Orchestra; and as musical director and conductor for the Aberdeen Opera Society in a productions of Mozart’s Le nozze di Figaro. During his time in Scotland, Hudson also served as the Director of Music of the Choir of King’s College, Aberdeen and as organist to the University of Aberdeen.

A founding supporter and conductor with Opera Festival Scotland, John will conduct four finalists at the Caird Hall in Dundee as they sing with the RSNO in a bid to win a series of prizes, including a career grant, a masterclass with Opera For Peace Co-Founder Kamal Khan, and a performance experience with English National Opera.

Opera Festival Scotland is a new initiative run by community members in Dundee and provides professional operatic performances and education to the northeast of Scotland. Having received over 100 applications from singers around the UK, the competition certainly proved popular and is one of the largest operatic singing competitions in Scotland.

Finalists will sing in front of a high-profile panel of judges, including Head of Casting for English National Opera -Michelle Williams, Head of Casting for Scottish National Opera - Sarah Jane Davis, International Soprano and Chair of Vocal Performance at the Royal College of Music - Janis Kelly, Scottish Soprano and teacher Linda Ormiston, and Co-Founder of Opera for Peace Julia Lagahuzere.