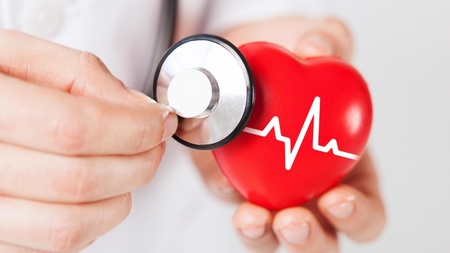 The first ever treatment for broken heart syndrome, also known as takotsubo cardiomyopathy, is to be trialled by researchers at the University of Aberdeen.

Scientists will trial a programme of exercise conditioning and psychological therapy for people who have been diagnosed with the condition following a £300,000 grant from the British Heart Foundation.

The University of Aberdeen has led the way on research into the little-understood condition which was only recognised in the late 1990s.

Takotsubo cardiomyopathy affects around 5,000 people in the UK each year, with at least seven percent of all of heart attacks diagnosed as broken heart syndrome.

Women are far more likely to experience the condition than men.

Currently there is no evidence base for an effective therapy that helps alleviate symptoms or to help people live longer.

The new trial will recruit 90 people from across Scotland within three weeks of them experiencing an episode.

Participants will either take part in personalised exercise conditioning, a programme of cognitive behavioural therapy or be part of a control group. All participants will receive detailed heart investigations at baseline and again at three months.

The study will span three years.

Dr David Gamble from the University of Aberdeen said: “Takotsubo cardiomyopathy, or broken heart syndrome, remains a comparatively poorly understood condition. It is vital that we develop a high-quality evidence base to guide clinicians in the management of this condition.

“In many clinical intervention trials, we are attempting to make incremental improvements to existing treatments, but as broken heart syndrome is at such an early stage there is no established treatment to use as a base.”

Professor Dana Dawson of the University of Aberdeen added: “We already know that cardiovascular disease affects men and women in different ways, so there is no reason why a one-size-fits-all treatment should work for broken heart syndrome.

“After so long spent researching this condition, it is great to be taking this huge step towards developing a standardised treatment for it and we look forward to seeing the results in due course.”

Professor James Leiper, Associate Medical Director at the British Heart Foundation said: “Takotsubo syndrome is a sudden and potentially catastrophic heart condition which has only been recognised in recent years. As such, these trials to find the first ever treatment for the condition are a huge step forward and will play a significant role in increasing our understanding of this neglected area of cardiology.”