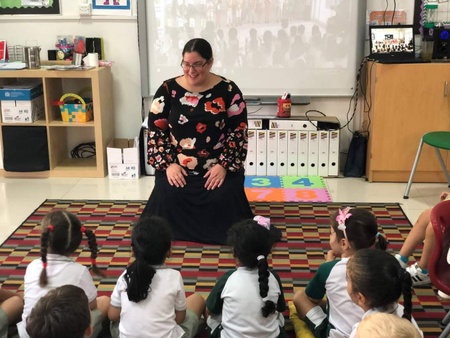 University of Aberdeen triple graduate Anna Fancett has returned to her alma mater to take up a position where she will be promoting the work of Walter Scott to school pupils.

The work of the Scottish novelist and poet captured Anna’s imagination while she was an undergraduate at the University studying English literature.

Many of Scott’s most famous works draw on the folklore, ballad and legend he was introduced to as a child while staying at his grandparent’s home in the Borders to recover from polio.

The way in which he wove together stories and reimagined them also stimulated Anna’s interest in the Scottish storytelling tradition and she has now taken this passion around the world.

Anna explains: ““Walter Scott wrote stories about the most dramatic gruesome, and important events that took place in Scotland and filled them with kings, queens, castles and courts, but also with the ways in which these events influenced the lives of ordinary people.

“But many people are put off by the length of his poems and novels and their initial pace. Through our project at the University’s Walter Scott Research Centre, we are working to break down those barriers and as part of that are developing resources for teachers to help them showcase the fun and the richness of both his novels and poems.”

Anna understands the impact Scott’s work can have in firing imaginations. While learning of the ballads and folklore woven throughout his work, she joined the Grampian Association of Storytellers and set up a student society at the University to bring together others with an interest in the tradition for which the region is renowned.

“I learned so much from local groups and the books and resources we have here at the University. I was also lucky enough to learn from Stanley Robertson – a master storyteller with a huge repertoire of north-east ballads,” she added.

After graduating with a Masters degree and then a PhD in 2015 Anna has travelled across the globe, teaching English and sharing the storytelling tradition she learned in Aberdeen in many different countries.

She taught in China, Saudi Arabia, Japan and Oman before deciding to return to Aberdeen for a ‘fantastic opportunity’ within the University’s Walter Scott research Centre.

“The Grampian Association of Storytellers has travelled with me in my memory and words,” she said.

“I have told stories in all the countries I have lived in and was even invited to Thailand as a guest storyteller and then joined the Federation of Asian Storytellers where I am now a mentor.

“There is a real interest right around the world in this tradition and Scotland – and the north-east region - have an incredible heritage to draw upon.

“I am hoping to travel to India in November for an event delayed as a result of covid where I am excited to be one of the keynote storytellers for the first time.”

Later this month Anna will also collect the Jack Prize from the International Association for the Study of Scottish Literatures at a ceremony in Prague for the best article on Scottish literatures written outside of Scotland for work she did while teaching in Oman.