Net zero is critical - but not enough, audiences told at annual lecture
10 May 2022 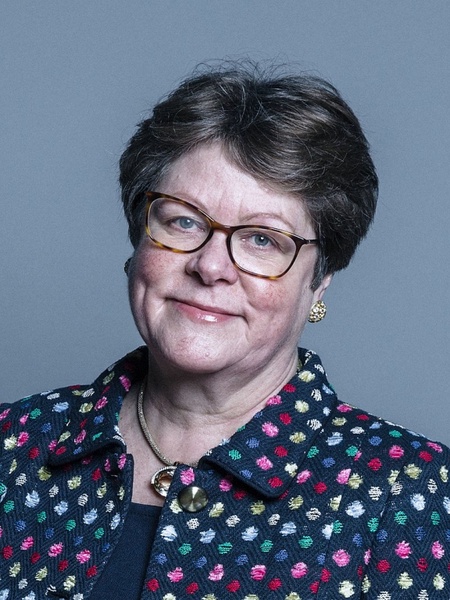 Adapting to the world's changing climate as well as reducing emissions as part of a low carbon future will come under the spotlight in the University of Aberdeen's annual RV Jones Lecture.

British engineer and chair of the Carbon Trust, Julia King, Baroness Brown of Cambridge DBE FREng FRS, will discuss why achieving net zero by mid-century or earlier is critical when she delivers the talk, a fringe event taking place as part of the UNI-Versal Festival of New Ideas.

Baroness Brown has had a career which combines industry and higher education. She is currently chair of the Adaptation Committee of the Climate Change Committee, the Carbon Trust and STEM Learning, and a non-executive director of Ørsted, Ceres Power and Frontier IP.  She also chairs the House of Lords Science and Technology Select Committee.

Hosted by the University’s School of Engineering, her lecture will argue that while achieving net zero by mid-century or earlier is critical, it is not enough. That while even on a net-zero emissions path, the climate will continue changing to 2050 and beyond and we will look back on every 10 years as ‘the warmest on record'.

The RV Jones Lecture is an annual series of lectures by distinguished engineers and scientists named after Reginald Victor Jones, a British scientist and scientific military intelligence expert, who played a critical role in the defence of Britain during the Second World War.

Baroness Brown brings a wealth of knowledge, insight and expertise that we hope will make for a thought-provoking lecture, prompting both discussion and action among participants." Professor Marian Wiercigroch FRSE, School of Engineering

Professor Marian Wiercigroch FRSE from the School of Engineering, who convenes the RV Jones Lecture Series, said: “The world is now almost 1.2 degrees warmer than in pre-industrial times and we are already seeing the global impacts of the changing climate with reports telling us not only is the climate changing faster, the extremes are more extreme than were predicted.

“The Paris agreement commits countries to try and keep temperature rise by the end of the century down to as close to 1.5 degrees as possible however, if we continue as we are, the world could warm by an average of as much as 4 degrees by 2050, with dramatic effects on our weather, food availability, conflict, migration and wildlife. These commitments have been reinforced during the recent Glasgow Climate Change Conference.

“Baroness Brown brings a wealth of knowledge, insight and expertise that we hope will make for a thought-provoking lecture, prompting both discussion and action among participants.”

A hybrid event, the lecture will take place at 6pm on 25 May King's College Conference Centre with audiences able to attend in person and online. Booking is required, to secure a place or for more information on the UNI-Versal Festival of New Ideas programme, visit here.