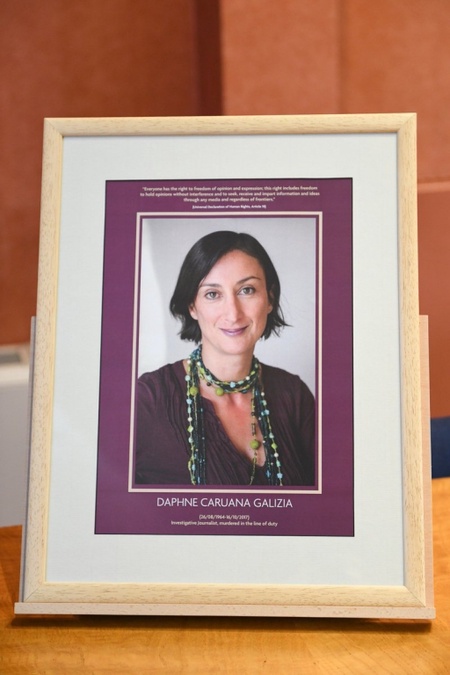 The European Commission published a legal proposal which benefits from extensive input from the University of Aberdeen’s Centre for Private International Law. The proposal, informally known as “Daphne’s Law” in memory of journalist Daphne Caruana Galizia, is intended to combat Strategic Lawsuits Against Public Participations (SLAPP).

SLAPPs are abusive lawsuits which are designed to suppress scrutiny of powerful economic and political actors, as opposed to legitimate litigation intended to vindicate rights. They are used to target journalists and NGOs with a view to forcing the retraction of public interest activity, often resulting in the deletion or alteration of factual reporting.

The Commission’s proposal is based on a Model Law which was commissioned by the Coalition Against SLAPPs in Europe (CASE). Professor Borg-Barthet was a co-author of the Model Law and had previously advised a coalition of NGOs on the legal feasibility of an anti-SLAPP initiative. With postgraduate research students Benedetta Lobina and Magdalena Zabrocka, Prof Borg-Barthet also authored a European Parliament study on “The Use of SLAPPs to Silence Journalists, NGOs and Civil Society”.

The Centre for Private International Law’s research helped to persuade the European Commission to commit to introducing an anti-SLAPP Directive. Prof Borg-Barthet then assisted the Commission in developing its draft as a member of the Commission’s Expert Group on SLAPP and its legislative sub-group. The proposed law features several provisions which draw heavily on research conducted by the University of Aberdeen’s Centre for Private International Law, including new private international law rules intended to protect against SLAPPs in States which are not members of the European Union.

Prof Borg-Barthet initial response to the draft law can be accessed at the EU Law Analysis blog.

Issued by
The Communications Team
Directorate of External Relations, University of Aberdeen, King's College, Aberdeen
Phone
+44 (0)1224 272014
Issued on
04 May 2022