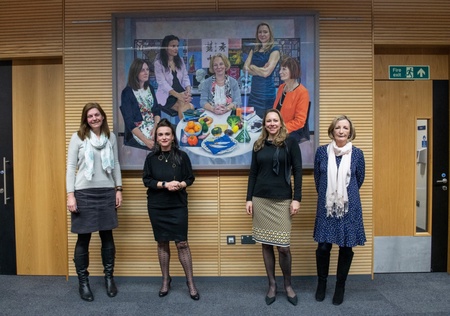 A new portrait of the University of Aberdeen's Rowett Institute's first five female Professors has been unveiled on International Women's Day.

The painting was revealed during a short ceremony on March 8 and has been hung in the main conference room at the Rowett Institute.