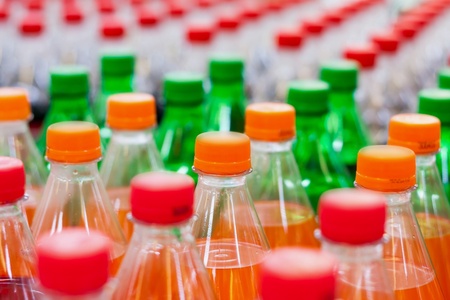 Banning promotions, like 'buy one get one free' - BOGOF, on soft drinks could be more effective than the 'sugar tax' in reducing consumption of sugary drinks according to new research from the University of Aberdeen's Rowett Institute.

In the first ever study to compare the impact of the soft drinks levy that was introduced in Scotland/UK in 2018, with a ban on price promotions, spending on sugary drinks dropped by 35.8% following a ban on promotions, compared to an only 1.4% reduction with the levy.

The resulting drop in sugar consumption, the researchers report, would translate into a 0.85kg drop in weight over a year, compared to 0.36kg with the sugar tax.

The researchers used the Kantar Worldpanel database which gathers data on household shopping to compare the effectiveness of banning sales promotions and the sugar tax. They looked at the household spending of 2,568 households in Scotland from 2013 to 2017 – so before the sugar tax was introduced with post-levy spending.

Published in Food Policy the study was supported as part of the Strategic Research Programme of the Scottish Government Rural and Environment Science and Analytical Services (RESAS) division and was co-authored by Dr Wisdom Dogbe (Rowett Institute) and Dr Cesar Revoredo-Giha (Scotland’s Rural College, SRUC).

The research also found that the effectiveness of either policy would be contingent upon several lifestyle factors including income level, life stage, location, and degree of deprivation in Scotland with those in more deprived areas more likely to continue to buy high sugar drinks despite the tax.

The consumption of high sugar products such as soft drinks are a major cause of obesity and diabetes which is why it is important to explore all ways to reduce the excessive consumption of such foods." Dr Wisdom Dogbe

Research Fellow and lead author Dr Dogbe explains: “The consumption of high sugar products such as soft drinks are a major cause of obesity and diabetes which is why it is important to explore all ways to reduce the excessive consumption of such foods.

“This is the first study comparing the effectiveness of the soft drinks levy to mandatory restrictions on promotions for soft drinks. In addition, we compare the impact of both policies on different groups of consumers – income levels, location, life stage and Scottish index of multiple deprivation.”

Dr Dogbe added: “Studies assessing the impact of the soft drinks levy has concluded that the policy is very effective.

“However, the results from our study suggest that banning promotions on soft drinks would be more effective in reducing calorie and sugar purchases than taxing soft drinks.

“Effectiveness of the ban on promotions varied by the socioeconomic characteristics of the household i.e. lower-income households, pre-family households, households in remote small towns, and households living in the most deprived areas in Scotland. This advocates for targeted policies instead of the usual one-size-fits-all governmental policy.”