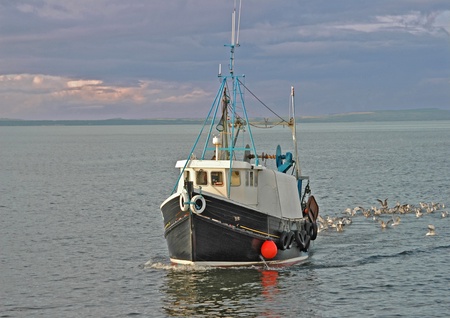 An innovative app being used by Scottish skippers to share real-time information with each other about the location of hotspots of unwanted fish has scooped a sustainability award.

We wanted to design a practical solution to the problem of mixed fisheries." Dr Tara Marshall

The Bycatch Avoidance Tool using Mapping (BATmap) was developed by scientists from the University of Aberdeen, Chordata Ltd and the Scottish Fishermen’s Organisation and launched in June 2020. It is currently being used by 15 fishing vessels operating on the west coast of Scotland.

It was announced last month in The Fishing News that the ground-breaking collaboration had been named the winner of the Fishing News Sustainability Award.

BATmap is a web-based app that can be used on phones (iOS and Android), tablets and desktops. Skippers use the app to log the start and end time of each haul, and the total catch (kg) of cod, whiting and spurdog, all of which they wish to avoid catching. BATmap automatically collects information on vessel location allowing skippers to map their own catch. The data provided by all participating vessels is combined and alerts are automatically sent out when pre-defined levels of catch are exceeded in a specific location.

Dr Tara Marshall, from the University of Aberdeen’s School of Biological Sciences, said: “I am delighted that BATmap has received this important industry award. We have been really pleased with the rollout on the west coast of Scotland and the feedback from skippers has been critical to the success of the app.

“We wanted to design a practical solution to the problem of mixed fisheries. A mixed fishery exists where different species mingle on the fishing grounds, making it difficult to target one species without catching others. In the west of Scotland mixed fishery, a decline in abundance of cod has led to zero-catch scientific advice for this species from the International Council for the Exploration of the Sea (ICES). To continue fishing the healthy stocks in the area, such as haddock and monkfish, effective bycatch avoidance measures for cod were needed.

“It was really important to us that we worked closely with those who would actually be using the app to meet their requirements for data security and confidentiality. Any Scottish skipper fishing for whitefish on the west of Scotland can use BATmap providing they agree to contribute data. BATmap puts data into the hands of skippers to help them make more informed decisions about when and where to fish.”