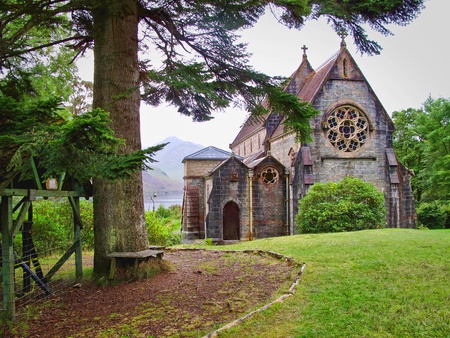 Established more than 40 years ago, the internationally recognised Study Group is a hub of research, discussion, and support to researchers on contemporary religious issues.

Dr Kasselstrand's paper, entitled '"There’s Football on Sunday Mornings and Life is Different Now": The Decline in Religious Service Attendance in Scotland', is part of a broader scholarly conversation on secularization.

Drawing on survey data from the Scottish Social Attitudes Surveys and in-depth interviews with 32 Scots, her paper charts the trajectory of declining religious service attendance and the changing role of the church in everyday life.

Religious organizations in Scotland are facing an increasing struggle to attract attendees of all ages, not just the younger generations

Part of the shift is generational, yet Dr Kasselstrand's study highlights a novel facet: an increase in Scots who have never, or practically never, attended church between 1999 and 2016.

Unpacking the motivations for this change, her study points to shifting attitudes toward religious organizations and changing lifestyles with new leisure priorities.