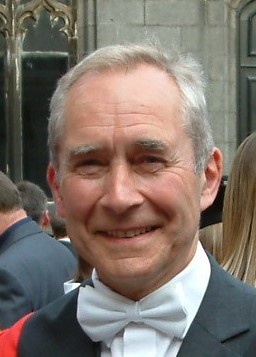 We are sad to report that Colin Milton, the Associate Director of the Elphinstone Institute and former Senior Lecturer in the English Department, has died. An Aberdonian, a pupil of Robert Gordon’s College and an alumnus with a first-class degree, Colin was a gifted teacher, a governor at St Margaret's School and an elder at Rubislaw Church. Among his research specialisms were D. H. Lawrence and Friedrich Nietzsche (his monograph published by AUP in 1987). He edited the seminal study of James Joyce published by Routledge in 2012. He studied Scots war poets from the First World War and was an expert on several Scottish writers, notably Charles Murray. He took a keen interest in the use of Scots in education, supporting the appointment and residency of Sheena Blackhall as Writer in Residence at the Institute. He had a strong sense of humour and put together the dual language text of Pauline Mackay’s classic Macnessie an the Tartan Sprackles, a children’s book.

Our thoughts are with his wife, Ailsa, and their five children, Victoria, Emma, Ursula, Myfanwy and Joseph.

Issued by
The Communications Team
Directorate of External Relations, University of Aberdeen, King's College, Aberdeen
Phone
+44 (0)1224 272014
Issued on
26 May 2021