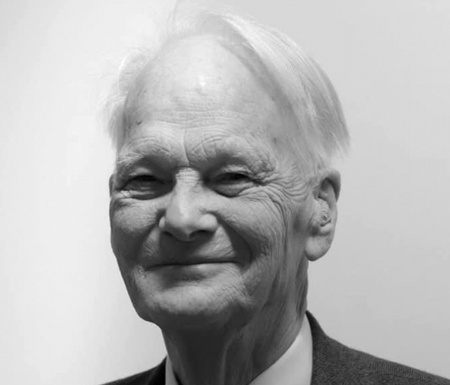 Tributes have been paid to Professor Derek Ogston CBE LLD MD FRSE (1932-2021) following his death after a short illness.

Professor Ogston enjoyed a 70-year association with the University of Aberdeen which began at the age of 17.

Following an arts degree, he went on to study for a career in medicine graduating with honours in 1957.

His medical career began with House Officer posts at Aberdeen Royal Infirmary and he went on to hold a research fellowship in the Department of Medicine. In 1962 he became a member of teaching staff of the University.

He was a Senior Lecturer in Medicine, becoming a Reader in 1975, was promoted to the Regius Chair of Physiology in 1977, and subsequently became Professor of Clinical Medicine in 1983.

Following his retirement, Professor Ogston’s support and service to the university continued as he donated paintings, contributed to the purchase and instalment of the Aubertin Organ, and produced a book on King’s College. He also served on the University Business Committee and as General Council Assessor to the University Court, as well as taking a course in Fine Arts, gaining an MLitt degree, followed by further study in theology, graduating with a BTh.

Musical life at the university will be very different without Derek, who was part of the fabric of music-making and it goes without saying that we will look for ways to celebrate and commemorate his support at a later date" Dr Phillip Cooke

Professor Ogston always took a great interest in student welfare, as well as student activities and societies, giving constant encouragement to those studying music. His support for the Opera Society and the King’s College Chapel Choir resulted in exceptional opportunities being available for student members, and there are several Ogston Scholarships, as well as several Ogston awards and the prestigious Ogston Music Prize.

His contributions enabled groups and ensembles to visit and perform and supports the King’s Philharmonic Wind Orchestra and the Carlaw| Ogston Composition Award.

Dr Phillip Cooke, Head of the department of Music said that his support, together with that of his cousin Margaret Carlaw, has helped a generation of musicians.

“Music at Aberdeen has lost one of its most passionate and prominent supporters with the passing of Derek Ogston,” he added.

“Derek has been at the heart of the department for many years and has been an ever-present at all manner of concerts and events, always in the front rows, always with a smile and a witty comment.

"Musical life at the university will be very different without Derek, who was part of the fabric of music-making and it goes without saying that we will look for ways to celebrate and commemorate his support at a later date. He will be much missed by staff, students and anyone associated with the Department of Music.”