Homecoming proves a happy one for Stuart
03 December 2020 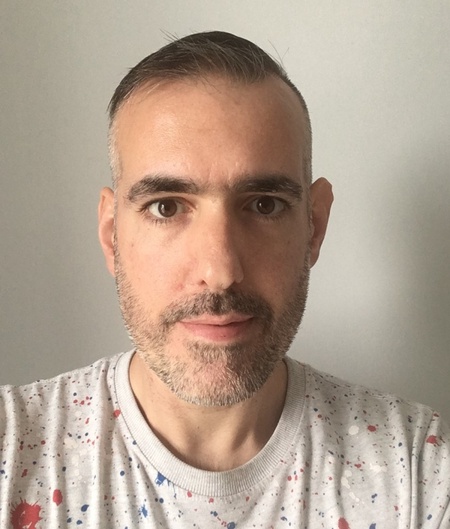 After living away from Aberdeen for 15 years, Stuart Thomson says he's glad he 'came home' to complete his MSc in Psychological Studies.

I found myself missing a lot of family time and felt I wanted a change of scene. So after selling up I was very glad to get back to Aberdeen to pursue my interest in psychology with a little more control over my time." Stuart Thomson

Stuart, 40, who left Aberdeen to study in Edinburgh, says the esteemed history of the University made it the obvious choice for him to continue his studies.

“Personally I've loved every minute, my classmates are great, as are the staff both teaching and in the office.

“Obviously, in March earlier this year, we had to quickly adapt to a new form of learning as the country went into lockdown. I was grateful to have had the opportunity by then to get to know my co-students and much of the relevant staff, which helped with the process. The ease of transition, professionalism and resilience of the University as a whole was incredible and inspiring. I am proud to be associated with one of the first and best universities at effectively managing the Covid crisis.”  After studying marketing, Stuart started a small holiday lets property company in Edinburgh’s Old Town which grew over the years to the point where he was welcoming guests daily from all around the world.

“However, with holidays being the busiest times, I found myself missing a lot of family time and felt I wanted a change of scene. So after selling up I was very glad to get back to Aberdeen to pursue my interest in psychology with a little more control over my time.”

In addition to graduating with distinction, Stuart took on a number of additional roles during the academic year.

“I became student representative, so I engaged with colleagues' personal and academic issues, some of which I articulated to appropriate staff and others I raised at the Student Staff Liaison Committee. I took on another role as Program Ambassador which saw me write blogs for the university website as well as responding to prospective students emails from around the world.”  A keen runner and hiker, Stuart says he made the most of the surrounding areas “breath-taking” beauty whenever possible by running along the old railway line between Duthie Park and Garthdee and also bagging munros whenever possible.  Regarding the pandemic, Stuart says he took an ‘old fashioned’ approach to the situation.

“The lockdown was just something that happened and was dealt with as such. It was out of anyone's control so a bit of old fashioned 'just get on with it' had to occur. Which we did, and successfully too I believe.

“The only really disappointing factor is the cancellation of all in-person graduation ceremonies this year, but I will be graduating again next year from University of Aberdeen, so perhaps I can combine the two, but I do feel sorry for those whose only opportunity it may have been!”