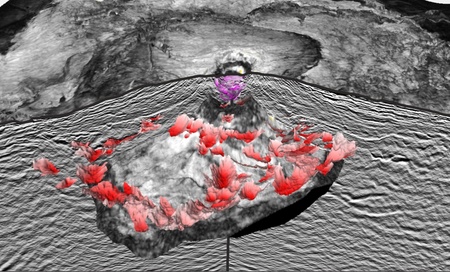 The paper - Inside the volcano: Three-dimensional magmatic architecture of a buried shield volcano – is available to view here