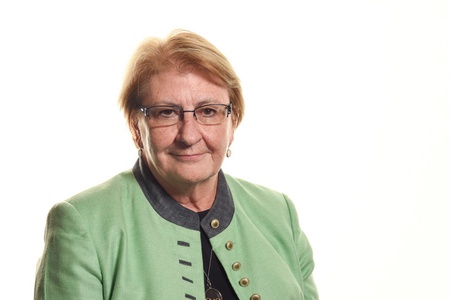 Professor Margaret Ross will retire from the University at the end of this month, after 28 years of service.

After graduating from the University of Aberdeen Law School in 1979, Margaret became a part time tutor in 1980 while working in legal practice in Aberdeen. She joined the Law School full time in December 1992 and over the years has held various roles within the University as well as external public appointments in Scotland’s Tribunal Service and in the Mental Welfare Commission.

Margaret’s research interests lie in the law of evidence, procedures in courts and tribunals (particularly for family and mental health concerns), and Dispute Resolution processes (particularly mediation). During her career she has carried out research with the public about their experiences of taking cases to courts, as well as with the courts and justice agencies.

Professor Ross said: “The University has always been important to me – I didn’t come from a law background at all and so it proved to me that I could do anything if I really put my mind to it.

“Over the years, there have been many things I have been proud of, first and foremost seeing so many students graduate and go on to carve successful careers, not only in law but in many other walks of life.

Over the years, there have been many things I have been proud of, first and foremost seeing so many students graduate and go on to carve successful careers, not only in law but in many other walks of life." Professor Margaret Ross

“I have very much enjoyed being an ambassador for the Law School and the University, and as former Head of College, I am extremely proud to have been involved in appointing great members of staff who make the University flourish. I am very lucky to have worked with many fantastic colleagues over the years, and when I became Head of College of Arts and Social Sciences everyone was very patient in helping me understand all the other disciplines in the college. As Vice-Principal (People) I was able to work with colleagues from across the whole university and I am particularly proud of the work we did together to devise strategies for supporting the mental health of our students and staff, and to improve employee engagement.”

"Margaret is one of the leading scholars in the field of the Scots law of Evidence and Dispute Resolution, and her written work is valued by practitioners as well as the academic community.  She has made an outstanding contribution to the School and the broader University throughout her time here.  She has been a great mentor to many, myself included.

"Although I will be very sorry to lose her as a member of staff I am sure she will be an active Professor Emerita, and I wish her a long and happy retirement.”

Margaret will officially retire on Monday, August 31 and will receive Emeritus status at the University. While she will continue to keep up her research, Margaret is also looking forward to spending time setting her own agenda, travelling with her husband and enjoying leisurely walks with the dog.