'It must have been something I ate': new technique to pinpoint source of food poisoning
24 August 2020 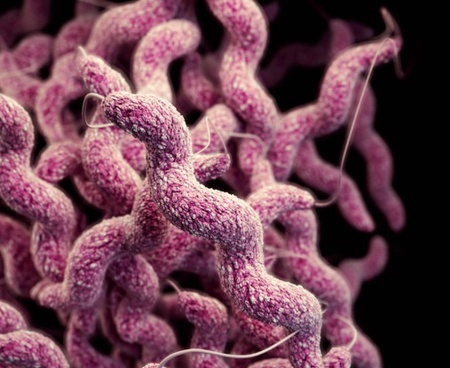 Scientists at the University of Aberdeen have developed a new technique which could help to identify the source of food poisoning or infection more quickly and accurately than current methods.

Advances in Whole Genome Sequencing (WGS) mean that the complete DNA sequence of an organism's genome can be obtained at a single time.

But methods to effectively mine this wealth of information for the purposes of infection control are yet to be fully developed.

Writing in the journal Scientific Reports, the researchers outline a new technique which they demonstrated could match campylobacter and potentially other common foodborne pathogens more accurately to their source of origin within a significantly reduced timeframe.

The campylobacter bacteria causes more food-borne illness than any other organism but pinpointing where a patient acquired the infection is often difficult as it can originate from several animal reservoirs including cattle, chicken, pigs, sheep and wild birds*.

The technique developed by the Aberdeen scientists relies on a new machine learning method – known as The Minimal Multilocus Distance (MMD) method – which can be used to ‘train’ a computer to identify likely sources with a high degree of accuracy.

The study was led by Dr Francisco Perez Reche and Professor Norval Strachan, both from the University of Aberdeen’s departments of Physics and Biological Sciences.

Dr Perez Reche said: “There are a number of existing methods to calculate the likely source of an infection but in order to work effectively, they either use only part of the genome sequencing, meaning results are less targeted, or if they use the whole genome, the calculations can take up to two days to perform.

“When dealing with an outbreak of infection, speed and accuracy of identifying the likely source are key.

“Our MMD method trains the computer to identify likely sources of origin of a campylobacter infection within seconds.”

Professor Strachan added: “This has the potential to rapidly provide information on the potential source of infection and could be used to inform strategies to reduce food poisoning.”

The technique has been demonstrated at a theoretical level but further research will be required to build it into technology which could be at the fingertips of health protection professionals.

In addition to its use in food poisoning, the researchers also examined how it could be applied to human evolution by matching individuals to populations, for determining the geographical distribution of different species and to determine the type of breast cancer tumours.

*Statistics for Campylobacter. 61% of campylobacteriosis infections originate from chicken products, around 20% from sheep and 15% from sheep.