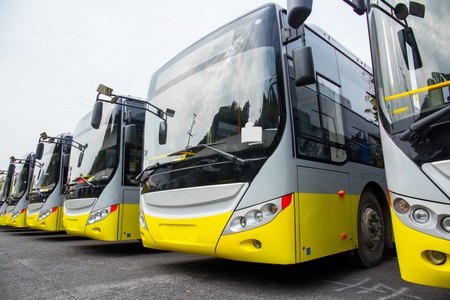 New research from The University of Aberdeen has found that buses should be converted to electric and hydrogen in order to meet emission targets.

The study analysed bus emissions from conventionally fuelled, electric and hydrogen buses, comparing emissions to petrol, diesel and electric cars. The results showed electric buses produced the lowest emissions and should be more widely integrated into the public transport fleet to meet the UK’s national target of net zero emissions by 2050 according to the Paris Agreement.

The study published in the journal Transportation Research Part D: Transport and Environment also reported that with current technology, electric buses are more suited to shorter routes within cities such as London whereas hydrogen buses have a larger range and are more suited to longer distances between cities and rural areas.

However, the scale of environmental benefits through emissions is dependent upon how the electricity is generated and stored. While switching power technologies is already beneficial, the more renewables used to produce power the greater the benefit. This highlights the need for expanded renewable generation and introduction of carbon capture and storage where fossil fuels are used to provide dispatchable power.

Kathryn Logan who undertook the research as part of her PhD studies at the University explains: “We wanted to quantify greenhouse gas emissions produced from buses and the energy requirements for electric and hydrogen buses in the UK, to help inform transport policy so we can all help achieve the ambitious net zero emissions objectives.

“Our work shows you only need four people on a bus to produce less emissions than a full car does. If the bus was full, this would be the equivalent of 20 cars taken off the road.”

“To meet the Paris Agreement targets, we need to decarbonise electrical generation and ensure energy is generated from sustainable resources. We need to integrate and replace buses in use with electric and hydrogen alternatives. Most importantly, encouraging people to switch their cars for public transport will make a significant difference. Obviously, this is something people aren’t so keen on with public health situation right now but its needed long term for climate change!”

This research was undertaken as part of the UK Energy Research Centre (UKERC) research programme under the ADdressing Valuation of Energy and Nature Together (ADVENT) project, funded by the Natural Environment Research Council (NE/M019691/1) United Kingdom. Funding was also received from the School of Biological Sciences at the University of Aberdeen, United Kingdom.