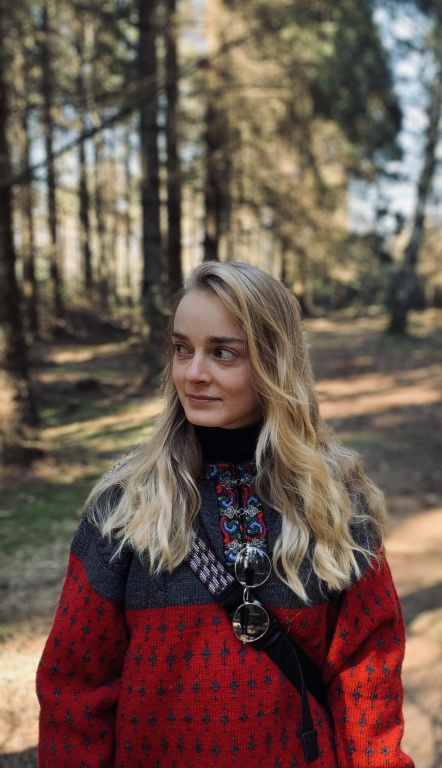 Isabella Maria Engberg says Scotland's great outdoors were key to her University success after she graduated with an MA in English-German.

Studying in Aberdeen and wandering through its natural surroundings has given me a meaningful direction in life." Isabella Maria Engberg

The 25-year-old, originally from Denmark, says she was attracted to the University of Aberdeen because of the allure of the Scottish Highlands.

“I’ve had a number of ups and downs through my time at University. From drinking whisky at St Machar after finishing a semester to all-nighters and rough break ups.

“Where I have always found rest has been in the Scottish nature. I have come to love it: the windy hills, the deep glens, and the misty weather. It is what has inspired me and helped me through tough times during my university degree. There has not been a single essay produced without the inspiration of Scotland's beauty.  Isabella’s love of the Scottish outdoors saw her coach the Orienteering Club from 2018-2020 and embark on hikes with the Highland Faffers Society (formerly Highland Frontier). It is a passion that has also shaped her ideologies and future career path.

“Being out in nature in Scotland brought me to focus so much on environmentalism in my literary essays. It is what made me co-found the Aberdeen Student Climate Network and bring the Fridays for Future movement to Aberdeen. I initiated the climate strikes last spring, which completely changed my research interests. I now want to focus as much as possible on ecocriticism in literature.

“In short: studying in Aberdeen and wandering through its natural surroundings has given me a meaningful direction in life.”

Like many others, Isabella feels the disappointment of missing out on a formal graduation ceremony.

“It’s such an anti-climax. I’m mostly sorry not to be able to celebrate with the friends I’ve made over the last five years. Celebrating in my native country with only my family isn’t the same, but it is a kind reminder that they are the ones who have encouraged and helped me the most through university. And for that, I’m eternally grateful.”

Over the next three years, Isabella will remain in Aberdeen and pursue a PhD in comparative literature. Her project will centre on ecology in travel literature.