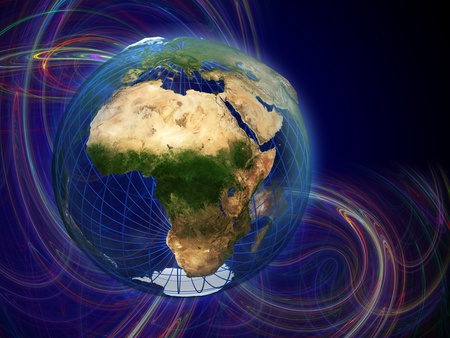 New research published by an Aberdeen academic has drawn into question claims that churches in the global south have experienced a growth in new converts as a result of their 'orthodoxy', particularly when it comes to the LGBTQ movement.

Andrew McKinnon, a Senior Lecturer in Sociology at the University of Aberdeen, reports his findings in a paper recently published in The Journal of Anglican Studies.

He examined the figures claimed for membership of The Church of Nigeria and the Church of Uganda, often held up by their leadership as examples of growth that comes from upholding ‘biblical values,’ like monogamous heterosexual marriage.

Dr McKinnon said: “The Anglican churches in the global north have on the whole at least shifted their positions in the direction of welcoming to LGBTQ persons in the church, albeit with pockets of resistance, some relatively large and others very well organised.

“Bishops in sub Saharan Africa, by contrast, have redoubled their condemnation of same-sex relationships. Proponents of such a conservative position on sexuality often claim that these churches are experiencing phenomenal growth from new converts, a product of their ‘orthodoxy’ of which abhorrence of homosexuality is taken as the litmus test.

“My recent research shows why that is highly unlikely to be true, at least in two of the largest Anglican churches in the world.”

Dr McKinnon explored these claims using statistical estimates drawn from nationally representative surveys and concluded that based on all available data, around 7.6 million Nigerians in 2016 called themselves Anglicans when asked—about 4% of the population.

In Uganda, he found that more people identify with the church than is usually assumed, about 10.9 million people in 2016, equating to around 27% of the population and making Uganda the largest Anglican-identified population in sub-Saharan Africa.

But when Dr McKinnon analysed these numbers in conjunction with figures from the National Population and Housing Census (Uganda), he says the evidence shows that the proportion of the population that identifies as Anglican is in steep decline.  Although the absolute number of Anglicans is growing because of population increase in Uganda, each year a smaller percentage of the population identify as Anglican.

He added: “We can see from an analysis of population that, even with room for error in the estimate, there is only the remotest chance that the population of Nigerians that identified as Anglican in that year could have exceeded 11.7 million, dramatically fewer than the church claims for itself.

“Similarly in Uganda claims of growth appear exaggerated. I can find no evidence of net growth from conversion in either province in recent decades. That does not mean there are no converts to Anglicanism but that these are offset - or more than offset - by defections to other religious identities.

Dr McKinnon says his research findings add a new dimension to claims that Anglican church leaders in sub Saharan Africa are holding onto their members as a result of a rejection of LGBTQ values.

“Sexuality is a focal point of disagreement and dispute in the global Anglican Communion but the evidence I have found suggests that claims of numerical success as a rejection of Western values made by the Anglican churches of Nigeria and Uganda, and sometimes their advocates in the global north, is not backed up by the statistical evidence,” he added.