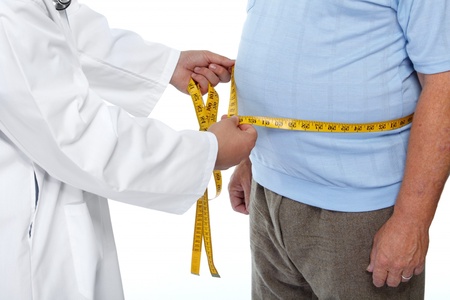 The key to successful weight loss for men is women when they live with a female partner, a new study has found.

Led by Dr Sheela Tripathee, now at the University of Aberdeen’s Institute of Applied Health Sciences and previously of the University of Glasgow, it explored the support men received from a co-habiting partner when trying to change their diet and improve physical activity.

Men attend 12 weekly sessions at the clubs, where they receive personalised advice and targets for changing their diet, participate in structured physical activity and are provided with tips on how to maintain the changes.

The research team, which also included Dr Helen Sweeting, Dr Stephanie Chambers and Dr Alice MacLean from the University of Glasgow’s MRC/CSO Social and Public Health Sciences Unit, sought the views of both the men and their partners in the first qualitative study of its kind to assess this influence from both perspectives. Those who volunteered to take part were aged between 35 and 70 and all lived with a female partner.

In a journal article published in BMC Public Health, they noted differences between the level of involvement of partners and the reliance of men on their partners to make changes to their practices and physical activity, dividing these into categories including ‘resolute’ and ‘reliant’.

As expected, those who were most ‘reliant’ on a partner taking charge of shopping a food preparation cited the most significant benefits but those who were more ‘resolute’ and did not conform to more traditional gender roles still reported that it ‘helped’ when a partner participated in efforts to eat more healthily.

Similarly when it came to physical activity, researchers found that even among the men who expressed that they preferred to exercise alone, their partners reported supporting them to make and maintain physical activity changes in indirect ways, such as freeing them from family obligation.

Dr Tripathee said: “We have seen from previous studies the positive influence a partner can have on men’s dietary changes following men’s diagnosis with an illness, however there was little evidence to show whether this was the case for healthy men.”

“This issue has previously been explored only from the men’s perspective. By conducting this research with couples we have been able to demonstrate that men’s attempts to make changes to dietary practices and physical activity were influenced by both levels of partner involvement and men’s reliance on partners,” she added

Dr Helen Sweeting said: “This is the first qualitative study of its kind and suggests that whether or not someone is living with a partner should be considered as a factor when thinking about how to implement health interventions.”

The study authors suggest that a deeper understanding of the complexities involved when behaviour change is attempted is now required – particularly at a time when the need for lifestyle improvements and support networks are under sharp focus.

Dr Tripathee added: “Our findings suggest that combining health interventions tailored for men, which provide personalised advice on how best to solicit partner support, along with encouraging partners to find ways to engage in supportive behaviours, could be an effective approach in designing weight loss interventions for men.

“It is important that these factors are understood, particularly as we look at new ways of supporting people in their weight loss journeys while adhering to the Covid-19 restrictions.”

The research was funded by the Medical Research Council (MRC).

The Medical Research Council is at the forefront of scientific discovery to improve human health. Founded in 1913 to tackle tuberculosis, the MRC now invests taxpayers’ money in some of the best medical research in the world across every area of health. Thirty-three MRC-funded researchers have won Nobel prizes in a wide range of disciplines, and MRC scientists have been behind such diverse discoveries as vitamins, the structure of DNA and the link between smoking and cancer, as well as achievements such as pioneering the use of randomised controlled trials, the invention of MRI scanning, and the development of a group of antibodies used in the making of some of the most successful drugs ever developed. Today, MRC-funded scientists tackle some of the greatest health problems facing humanity in the 21st century, from the rising tide of chronic diseases associated with ageing to the threats posed by rapidly mutating micro-organisms. The Medical Research Council is part of UK Research and Innovation. https://mrc.ukri.org/