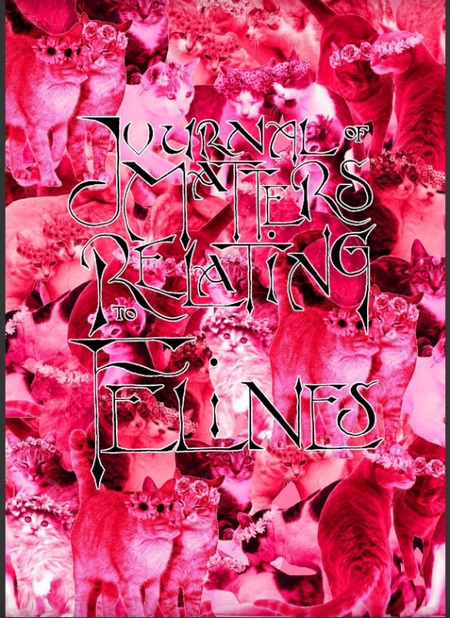 A student publication celebrating all aspects of cats has been shortlisted for a prestigious award.

Journal of Matters Relating to Felines, started by 3rd Year Business Management student Maurice Alexander, has been named among the final six contenders for Best Newcomer by the Student Publication Association.

The magazine’s editor is Cécile Fardoux, who is in the second year of an English Literature and Creative Writing degree.

Journal President, Maurice, said he was delighted that the publication has been recognised amongst the thousands across the UK and Ireland that applied.

“I started the magazine for a whole host of various reasons, though mainly because I like cats and I enjoy reading magazines, so that must have been the seed of thought resting in my mind.

“In halls, I lived with a woman on the committee for the University science magazine, so I began to think, 'I wonder if I can do a cat magazine?'

I started the magazine for a whole host of various reasons, though mainly because I like cats and I enjoy reading magazines." Maurice Alexander

“Cats are simply my favourite animal and I believe that they have a broad appeal to spark the interest of people seeing the magazine cover.

“Journal of Matters Relating to Felines is a general interest magazine that accepts articles from students from all the disciplines of the university. This is possible because cats are just an excuse to write about anything that interests you.

“We have articles specific to cats, like our two campaigns for the Scottish wildcat and its history, but we have others in which cats are mentioned in passing, with articles discussing cryptocurrency, cannabis legalisation, Speciesism, the poisonous plants of Britain, jazz culture, and the cocoa industry of Western Africa.”

‘‘In 2019-2020 academic year, we published a magazine per semester with the Autumnal and Valentine’s issues and with the approaching 2020-2021 term, we will be releasing a total of four issues, the Autumnal, Winter, Valentines and Spring/Summer issues.’’

The award winner is due to be announced in October.

You can read Journal of Matters Relating to Felines here.