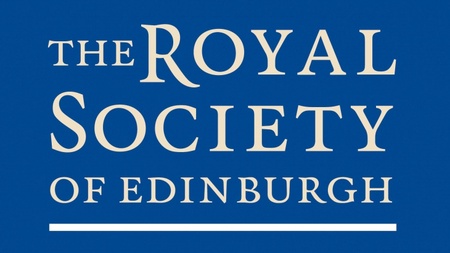 Three academics from the University of Aberdeen are among 64 individuals who have been elected to become Fellows of the Royal Society of Edinburgh (RSE).

Professors Robert Frost, Chris Soulsby and Pieter Van West have all been confirmed as new fellows of the society.

He has held the Burnett Fletcher Chair of History at Aberdeen since 2013. In 2009 he was awarded a three-year Research Chair by the British Academy and the Wolfson Foundation for his history of the Polish-Lithuanian union, volume one of which, The Making of the Polish-Lithuanian Union, 1385–1569 was published by Oxford University Press in June 2015. In 2017 the book was awarded the Pro Historia Polonorum prize. Professor Frost was also awarded the Union of Lublin medal by the city of Lublin for ‘significant contributions to the preservation of the memory of the Union of Lublin.’ He received a three-year major Leverhulme Fellowship in 2016 to write volume two of his study.

Professor Pieter van West is the Director of the International Centre for Aquaculture Research and Development (ICARD) within the University and he holds a chair in mycology.

His research is both fundamental and applied but with an overarching aim to make the aquaculture sector more sustainable and less reliable on using chemicals to control diseases.

In particular, he investigates the biology of oomycetes, also often called “water moulds”. These are fungal-like organisms that cause economically and environmentally important diseases.

Chris Soulsby is Professor of Hydrology at the Department of Geology and Geophysics in the School of Geosciences. His research focuses on understanding how different landscapes partition rainfall into “blue water” which sustains rivers and aquifers, and “green water” which is returned to the atmosphere as evaporation or transpiration from plants.  A distinct feature of his work is the use of hydrogen and oxygen isotopes in water molecules as “fingerprints” to tracer water movement in the environment. This involves intensive field monitoring of isotopes in natural waters and integration of this data in advanced mathematical models. He was elected a Fellow of the American Geophysical Union in 2013.

The new intake of 64 fellows join the current roll of around 1,600, representing the full range of physical and life sciences, arts, humanities, social sciences, education, professions, industry, business and public life.  Those who are nominated, and then invited to join, have undergone rigorous assessment of their achievements, professional standing and societal contribution.  Fellows, who give of their time freely, play a fundamental role in enabling the RSE to deliver its mission ‘Knowledge Made Useful’, contributing to the cultural, economic and social well-being of Scotland and the wider world.

Professor Dame Anne Glover, President of the RSE said: “The diverse expertise and experience of our fellows, means that, as an organisation, we are well-placed to respond to the issues of the day with clear informed thinking free from commercial or political influence.  Our new fellows, who we look forward to welcoming, not only hold vast knowledge but also deep experience, keen judgement, boundless enthusiasm and a passion for promoting societal development and change.  By using their talents as a collective, we can often unlock or inspire new potential and unearth fresh solutions to some of the most complex issues Scotland’s society faces today.”