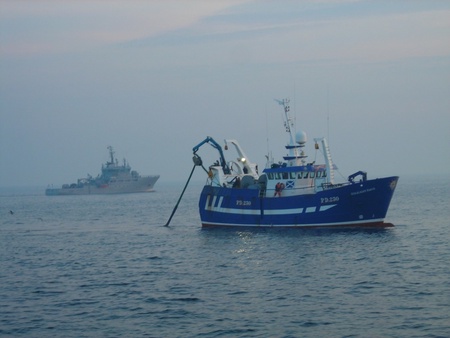 Similar, although less severe, discrepancies exist between UK quotas and current population distributions for stocks of cod, haddock, whiting, saithe (or coley), plaice and herring in the North Sea; and for stocks of cod, whiting, saithe, hake and monkfish on the west of Scotland.  The only stocks for which the UK gets more than its fair share of quota are monkfish in the North Sea, and Rockall haddock.

Professor Fernandes proposes a solution: “Just as we use scientific evidence to set total catches, we should use existing, readily available scientific evidence of fish distributions, to set quota shares.  The current system is simply at odds with the policy to land all catches (aka the discard ban).”

The study, published in the journal Conservation Letters, advocates for a system where quota shares are allocated based on zonal attachment, where instead of using 50-year-old catches the actual distributions of fish in national waters are used.  In the article, Professor Fernandes proposes a new formulation for zonal attachment, which considers both adults and juveniles, and accounts for fish moving between areas.

He adds: “This has wider implications for the management of fish stocks.  It could go towards solving the mackerel wars, for example, by applying some sensible rules to allocating quota in a migrating stock like mackerel.

“I never thought that the European Union would reconsider quota allocations, in spite of the overwhelming evidence of changing fish patterns, because it’s very contentious.  However, with the UK becoming an independent coastal state, there is an opportunity in negotiation with the EU to do something more sensible.  It should also go towards solving problems like discarding.”