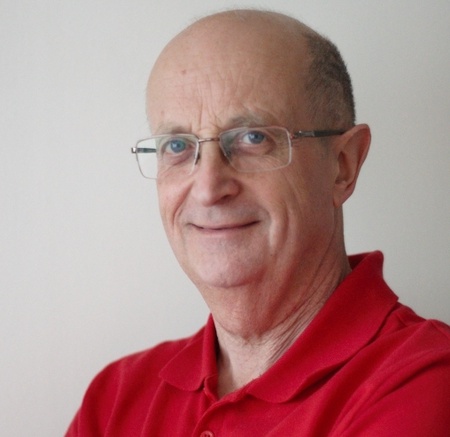 When Alan Whitehead was made redundant at the age of 61, the next step seemed like retirement but the former accountant wasn't ready to put his feet up and instead pursued his passion for languages.

When Alan Whitehead was made redundant at the age of 61, the next step seemed like retirement but the former accountant wasn’t ready to put his feet up and instead pursued his passion for languages.

He will now graduate with an MSc in TESOL (Teaching English to Speakers of Other Languages) at the University of Aberdeen.

And far from spending long days at home, Alan now had three jobs and a host of new friends spread all over the globe.

He said: “I’ve worked as an accountant most of my life but I was made redundant at the end of last year. I wasn’t keen on retiring just yet as I like to be occupied and for the last few years I’ve been visiting Poland and volunteering as an English teacher.

“It’s something I really enjoyed and when I saw the course at Aberdeen I thought it would be a great opportunity to meet new people, learn new skills and to move into another profession.”

Alan hasn’t been disappointed and – despite being twice the age of many of his fellow students – settled quickly into the course and University life, becoming a class representative.

“I particularly enjoyed the variety not only of the work but mixing in a wonderful international environment,” he added.

“Accountancy is very routine driven and you are not getting the chance to meet new people every day. University was the opposite and I loved that. Although the course has now finished, I still like to visit the library regularly as it’s such a friendly environment to work in.”

Alan secured employment at a charity in Aberdeen which his visited as part of his course to gain practical teaching experience. He is also tutoring students from China online and running private tutoring sessions.

“I’m working on some kind of teaching seven days a week now but the nature of the work offers so much flexibility that it gives me a really good home-life balance.

“I’m glad I decided to go for it and change the direction of my life. It’s been a really positive experience and my teaching is very rewarding.”

Alan’s ceremony will round off a busy period of graduations for the family with his eldest daughter receiving her degree last year and his youngest daughter graduating in the summer.