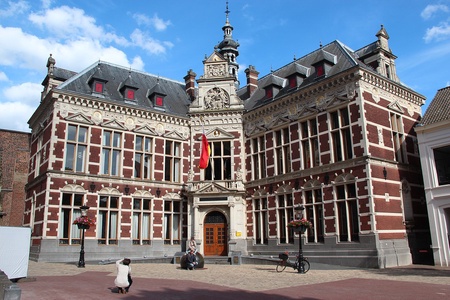 Dr Marta Trzebiatowska has been invited to give a lecture at the Politics of In/Visibility 2019 Summer School, held by the Network of Interdisciplinary Gender Studies in Europe (NOISE) at Utrecht University, the Netherlands, between August 26 and 30.

Her guest lecture, entitled "Selective Visibility? Religion and Feminism in a Post-Secular World", will explore the in/visibility of religion in secular feminist discourses.

During the lecture, Dr Trzebiatowska will discuss the sacred/secular divide that is evidenced at different stages of the women’s movement and feminist history, and include several examples of women’s religious and spiritual practices and their implications for the feminist project in a post-secular world.

The Summer School is an annual event where graduate students and teachers have the opportunity to exchange ideas in the field of Gender Studies in an international context. This year’s focus is on interdisciplinary approaches to the questions of the interconnections between visibility, knowledge and power.