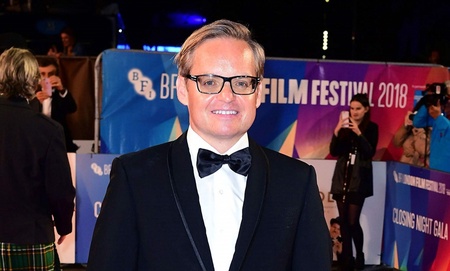 The North-east-born director of Stan & Ollie, one of the most acclaimed films of 2018, will re-visit his old stomping ground when he takes part in the University of Aberdeen's May Fest next week (Friday, May 24).

In a special edition of the Director’s Cut series, Jon S Baird will discuss how growing up in Aberdeenshire contributed to the kind of stories he became interested in developing as feature films, including his earlier works Cass (2008) and Filth (2014).

The event will be hosted by Professor Alan Marcus. Professor in Film and Visual Culture at the University of Aberdeen and will be held in the Arts Lecture Theatre from 7.30pm to 9pm.

Jon who has worked with many producers, including Martin Scorsese, Danny Boyle, Jim Carrey, Mick Jagger, as well as a host of award-winning actors, was born and brought up in Peterhead. He studied for an MA at the University of Aberdeen, graduating in 1996.

He began his career at BBC television, quickly progressing through the ranks to become one of Britain's most exciting and highly-regarded directorial talents.

Baird's sophomore feature Filth (2013), which he also wrote, directed and produced, was based on the best-selling novel by Irvine Welsh and starred James McAvoy. It won numerous awards and played at several international film festivals.

I'm truly honoured to be invited to this event and to be returning home to the North East." Jon S Baird

In 2014, Baird directed the television drama Babylon for Channel 4, which was produced by Academy Award Winner, Danny Boyle. Baird was approached by HBO in 2015 to direct an episode of the Martin Scorsese / Mick Jagger-produced show Vinyl, and in 2016, he directed the second episode of I'm Dying Up Here for Showtime, produced by Jim Carrey.

In 2018, Baird directed Stan & Ollie, a feature film based on the lives of the comedy double act Laurel and Hardy, starring Steve Coogan and John C Reilly. The film premiered in October 2018 at the BFI London Film Festival and was released in the US two months later, arriving in the UK on January 11 this year.

The biographical comedy-drama focuses on details of the comedy duo's personal relationship, while relating how they embarked on a gruelling music hall tour of the UK and Ireland during 1953 and struggled to get another film made.

Jon said: “I’m truly honoured to be invited to this event and to be returning home to the North East. As a very average University of Aberdeen student, never would I have dreamt that my career would’ve turned out the way it has. I’m therefore extremely excited to be given the opportunity to share some stories and hopefully pass on advice to anyone who wants to follow a similar path.”

Tickets for the event cost £12 (£10) and booking is required at www.abdn.ac.uk/mayfestival