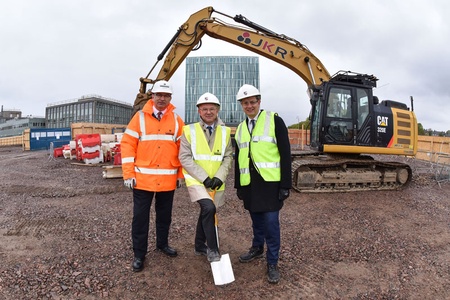 The Science Teaching Hub which will feature the latest facilities and flexible teaching laboratory space to encourage collaboration between students from different disciplines.

North-east construction company Robertson have been contracted to oversee construction. The building will provide the main teaching laboratories for science students. In addition, the facilities will support the University’s current public engagement and widening access activities.

“Students today demand the best and most innovative learning environments from their university of choice along with the very latest technology to support their studies, so it’s great to play such an important role in helping to enhance these facilities that sit at the heart of the University of Aberdeen’s offer. By using Scape as a procurement pathway, the University has guaranteed certainty that the Science Teaching Hub will be delivered with efficiency, demonstrable value, and significant levels of local economic impact.”