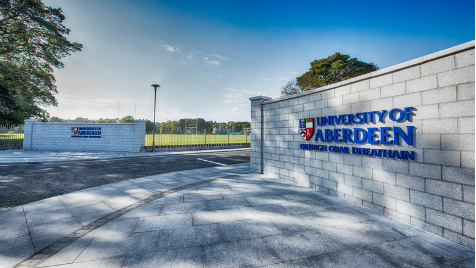 The University of Aberdeen has rescinded the honorary degree given to the Sultan of Brunei in 1995 following the introduction of anti-LGBT measures.

"There has been an international controversy since the Sultan of Brunei, in his role as Head of State, introduced severely punitive anti-LGBT laws.

"The Sultan was awarded an honorary degree by our University in 1995. It was given at a time when the University had operated a successful exchange programme with its counterpart in Brunei, and when the Sultan had encouraged links between Brunei and Aberdeen due to his interest in our geology and petroleum engineering research. In light of recent developments, the University undertook a review of how this award now fits with our values.

"Today I can inform you that the honorary degree has been revoked following a vote by Senate, our academic body, which approved a recommendation from our Honorary Degrees Committee. Our internal process also included an opportunity for the Sultan to respond to the recommendation. The response from the Sultan was considered by the Senate and the Honorary Degrees Committee.

"While it is deeply regrettable to be in this position, which is unprecedented for the University of Aberdeen, I fully support the decision. The University of Aberdeen is proud of our foundational purpose of being open to all and dedicated to the pursuit of truth in the service of others. The introduction by the Sultan of the new Penal Code is contrary to our strong commitment to the value of diversity and inclusion."