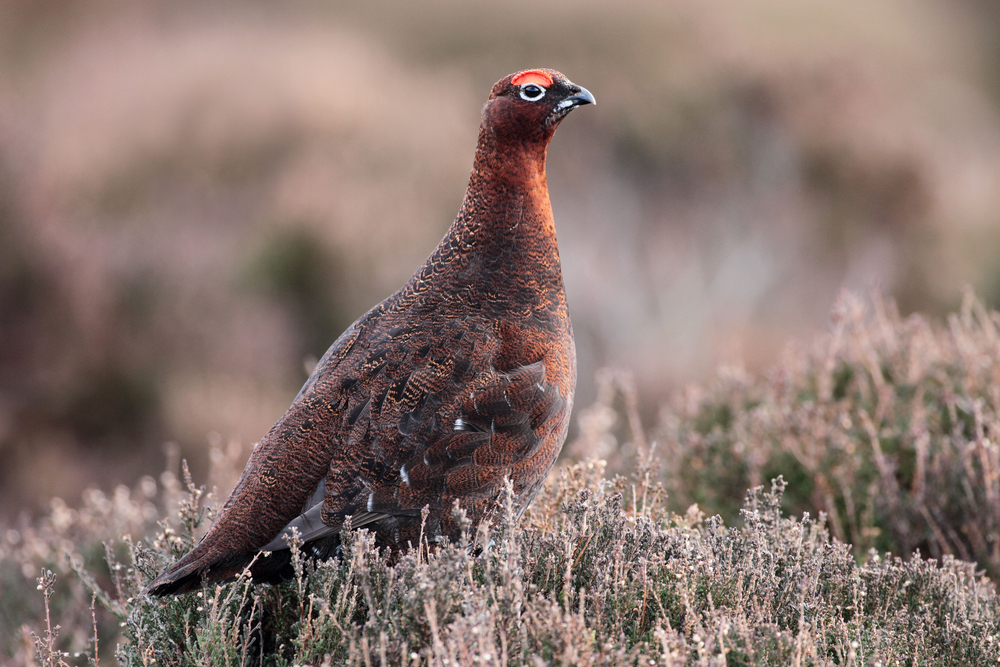 A conflict between those working to conserve numbers of hen harriers and those maintaining commercial shooting of red grouse in the English uplands has existed for decades with little sign of progress.

Drawing on work conducted in psychology, a new study published today in the journal People and Nature investigated the underlying values that hunters and conservationists hold that make it so hard to find shared solutions.

Ecological studies over the last 30 years have shown that hen harriers and other birds of prey are capable of reducing the number of grouse to such an extent that driven grouse shooting can become economically unviable. Consequently, hen harriers, although protected under UK legislation since 1952, are killed illegally on grouse moors.

Researchers from Bangor University and the University of Aberdeen surveyed a range of organisations that represent the interests of field sports (i.e. hunting, shooting, fishing) or nature conservation in England to assess their values and attitudes towards hen harriers, grouse shooting and potential management interventions.

Dr Freya St John from Bangor University said: “We found that people who are involved in field sports and those engaged in bird conservation hold more or less opposing views about human relationships with nature, challenging our ability to find shared solutions.”

It seems unlikely that conservation organisations would be willing to return to the negotiating table unless the illegal killing of hen harriers stops. To minimise the impact of harriers on grouse, brood management was put forward, but as we see in this study, it is very controversial." Professor Stephen Redpath

They found that those from shooting organisations, in contrast to people associated with conservation groups, held a view of human mastery of nature and prioritised human wellbeing over the rights of wildlife. This group expressed support for various management approaches, including brood management where eggs or young birds are removed from nests, reared in captivity and released back into the wild at fledging. In contrast, individuals associated with conservation groups did not support brood management. However, like those associated with field sports, they did express support for continued monitoring of the hen harrier population, protection of their winter roosts, enhanced intelligence and enforcement, and diversionary feeding of harriers to reduce predation on grouse.

The results indicated that diversionary feeding was most favoured and received greatest consensus amongst the groups surveyed. To date, this is the only management technique that has been trialled and found to be effective at reducing the number of red grouse chicks eaten by hen harriers. Despite this, feeding has not been widely taken up on grouse moors.

Professor Stephen Redpath of the University of Aberdeen, who will be presenting the study’s findings at the British Ecological Society’s annual conference, commented: “Our work highlights that this is a conflict between people with very different views about the management of the countryside and its wildlife.”

There is currently no formal dialogue process in place to support the management of this stakeholder conflict. Conservation organisations withdrew from previous discussions, partly because hen harriers continue to be killed illegally and have almost disappeared as a breeding species in England.

Professor Redpath, added: “It seems unlikely that conservation organisations would be willing to return to the negotiating table unless the illegal killing of hen harriers stops. To minimise the impact of harriers on grouse, brood management was put forward, but as we see in this study, it is very controversial. Particularly whilst illegal killing of harriers persists, such a hands-on intervention is unpalatable to some.”

Professor Redpath will present the study’s findings on Wednesday 19 December 2018 at the British Ecological Society annual meeting, which will bring together 1,200 ecologists from more than 40 countries to discuss the latest research.