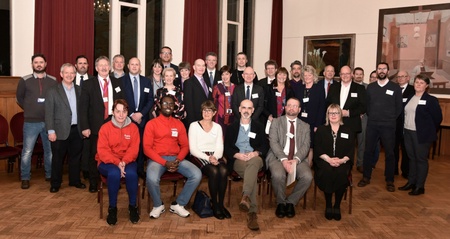 The University of Aberdeen has launched a new award that aims to recognise academic potential among local schoolchildren with ambitions to reach university.

The award will be awarded annually to one pupil at National 5 Level and one pupil at Higher level, in recognition of ‘excellent overall academic potential by a pupil planning to attend university’.

It builds on the University’s efforts to strengthen links with local schools, which include a number of initiatives that offer pupils from widening access backgrounds a pathway to higher education.

As well as being presented with a certificate from the University marking their achievement, the award winner will also receive a £50 gift voucher.

We have created the Principal's Award to recognise and encourage local school pupils with the potential and ambition to reach university to keep striving for this goal, no matter their background or individual circumstances." Professor George Boyne, University of Aberdeen Principal

Commenting on the launch of the award, Professor Boyne said: “I was delighted to welcome head teachers from across Aberdeen City and Shire to the University last night for the launch of the Principal’s Award of Excellence.

“This University was founded to serve the people of the north-east, with the guiding principle that it should be open to all.

“With this in mind, we have created the Principal’s Award to recognise and encourage local school pupils with the potential and ambition to reach university to keep striving for this goal, no matter their background or individual circumstances.

“While the University already works in partnership with local schools on a wide range of initiatives aimed at encouraging participation in higher education, we are actively working to forge closer links as we aim to increase our profile in the local communities that we serve.

“The Principal’s Award is just one example of this, and we look forward to having representatives from the University community present for the first Awards at the end of this school year.”